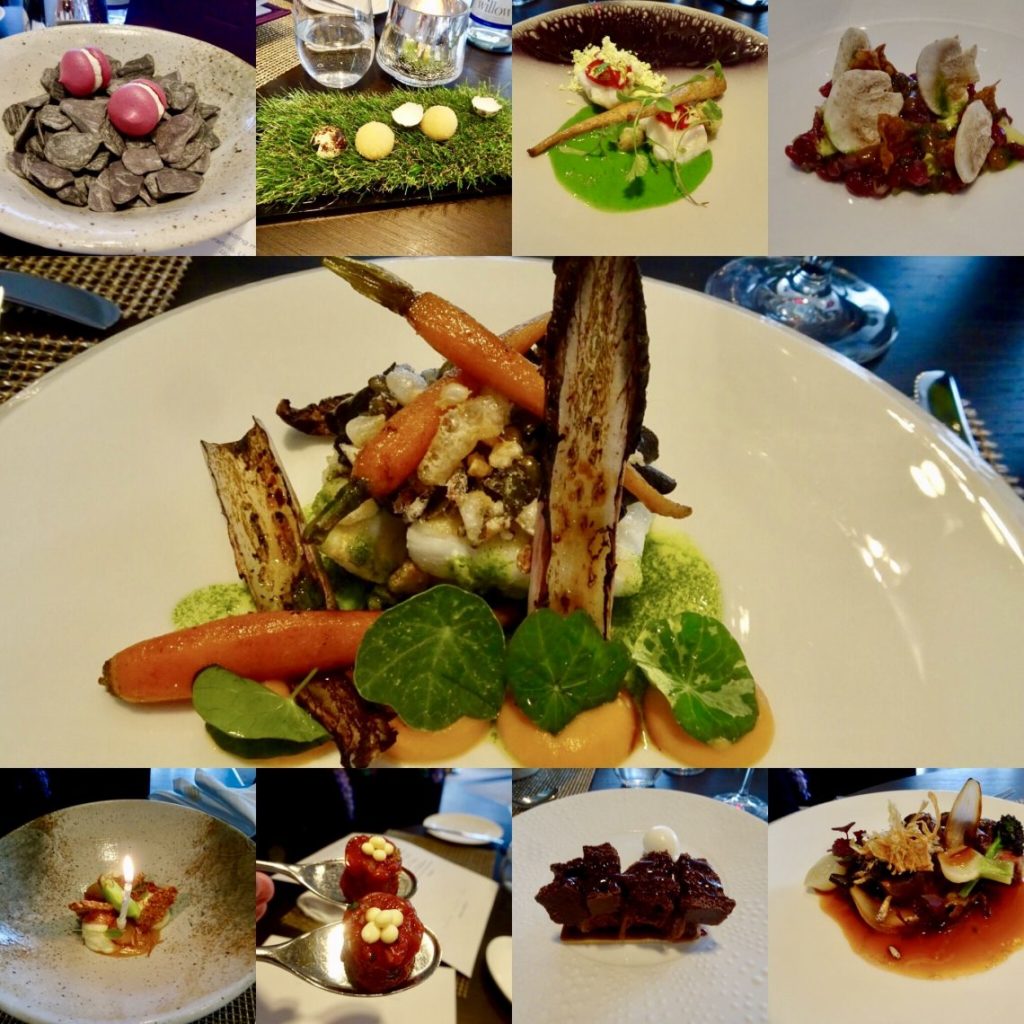 Firstly, please forgive me as I am unable to recall the names of everything we ate when we visited Adams Restaurant last week. Usually I would take note of menu descriptions for each course, relaying them back in detail when I come to write about it on my blog. This is of course an exception as it’s the first time I have been fortunate enough to have my lunch cooked by Adam Stokes.

If you’ve heard of Adams, you’re probably aware of the restaurant’s accolades and awards; and the history of Adam and his wife Natasha and how they began their journey. You’ll probably already know from all of the previously written reviews by critics, food bloggers and TripAdvisor’s about how excellent it is. I’ll probably go on a little too much about how wonderful we thought it was too, but if you’re still reading then stick with me, I can’t wait to tell you again!

Having only so far eaten at one of Birmingham’s six Michelin Star restaurants, I was looking forward to ticking the next one off the list. I booked lunch at Adams to celebrate my boyfriend’s birthday, I was able to reserve a table using the simple online booking form on the restaurant’s website. Shortly after making my booking, I received a personal email from their Event Coordinator who asked if they could make the afternoon more special such as organising champagne on arrival.

The table was booked for midday, we arrived a few minutes before and only as we were stood outside did my boyfriend realise his surprise was that we were having lunch at Adams. We were seated immediately at the bar and given our pre-arranged glass of champagne, along with some balsamic crisps to snack on. In the restaurant we were offered a choice of menus; lunch @ £37.50, tasting @ £90 or 3 course @ £60. There was also an additional menu which allowed you to add in an extra beef tartare course and a cheese course, which we did. We opted for the 3 course menu and ordered a gin and tonic each whilst making ourselves comfortable.

Instead of an amuse bouche we were brought a number of ‘snacks’ prior to the starters. A bright pink beetroot macaroon piped with goats cheese was the first, followed by a steak tartare with egg yolk. The real surprise was a bite size bon bon presented amongst broken egg shells on a bed of grass. We were warned that the nibble was filled with liquid and to not bite until it was entirely in your mouth. An explosion of flavour burst into our mouths as soon as we did. The flavours were entirely those of a roast chicken dinner. It reminded me of the chewing gum invented by Willy Wonka that tasted of a three course dinner. This was genius.

Next we were given a square of butter and a what at first glance looked like a dollop of icing sugar along with some sourdough bread. The butter was bright yellow and had a crumbly texture, almost like cheese. It tasted incredible and we scooped it in large chunks onto the bread as if it were a thick lump of aged cheddar. The white pork fat was whipped, giving the appearance of a sweet cake icing, but in complete contrast it had a smoky taste of bacon and spread onto the sourdough — it was divine. Before the starter had even arrived, it was already apparent to us that without doubt, this had to be the best restaurant in Birmingham.

We got started on the bottle of Cabernet Franc we’d chosen to accompany our lunch and next up was the starter. We both opted for the monkfish which tasted every bit as sensational as it looked. It’s hard to know what to say when food is this good and standard of cooking is so far at the top of its game. The extra beef tartare course that we ordered to share followed the starter. The texture and taste and quality of meat was astonishing. It was as if I had just eaten the best burger of my life, which may sound a little odd, but that’s how it tasted. All of the elements were there; the pickle, mushrooms, chargrill flavour, even a hint of mustard. At this point my boyfriend asked me what my favourite part of the meal was so far. We both agreed that you couldn’t separate anything, every course evolved into something else, each with it’s own surprise. The biggest one being that this restaurant only has one star.

Mr R had the lamb and I went with the brill for main course. Again, what to say other than they were both perfectly executed plates of food. Next came another ‘snack’ or pre dessert to get our taste buds in the mood for something sweet, before the cheesecake (from the lunch menu), which the chef had also added a candle in for the birthday boy, and the dark chocolate, marmalade, salted milk, caramel. Chef Adam had worked his magic yet again, taking my memories back to childhood with his clever combinations. It was like eating a dark chocolate aero covered with Jaffa cake orange, on a Twix biscuit and served with mini milk. Adam Stokes is a real life Willy Wonka.

We finished with the cheese board and a brandy which made for a perfect end to a perfect birthday lunch. Although even after the cheese, some petit fours and more pink macaroons were brought to the table, and then as we left a small box of homemade chocolates. There was no chance you were leaving here hungry!

The attention to detail from start to finish was exceptional, but at the same time the restaurant didn’t feel stuffy or uncomfortable as you might expect in some fine dining establishments. There were families and children, couples, office workers having a business meeting with their laptops, birthday celebrations and everything else in between. We both enjoyed the relaxed environment and all of the staff made each guest feel welcome and part of something that they already knew only too well was completely special.