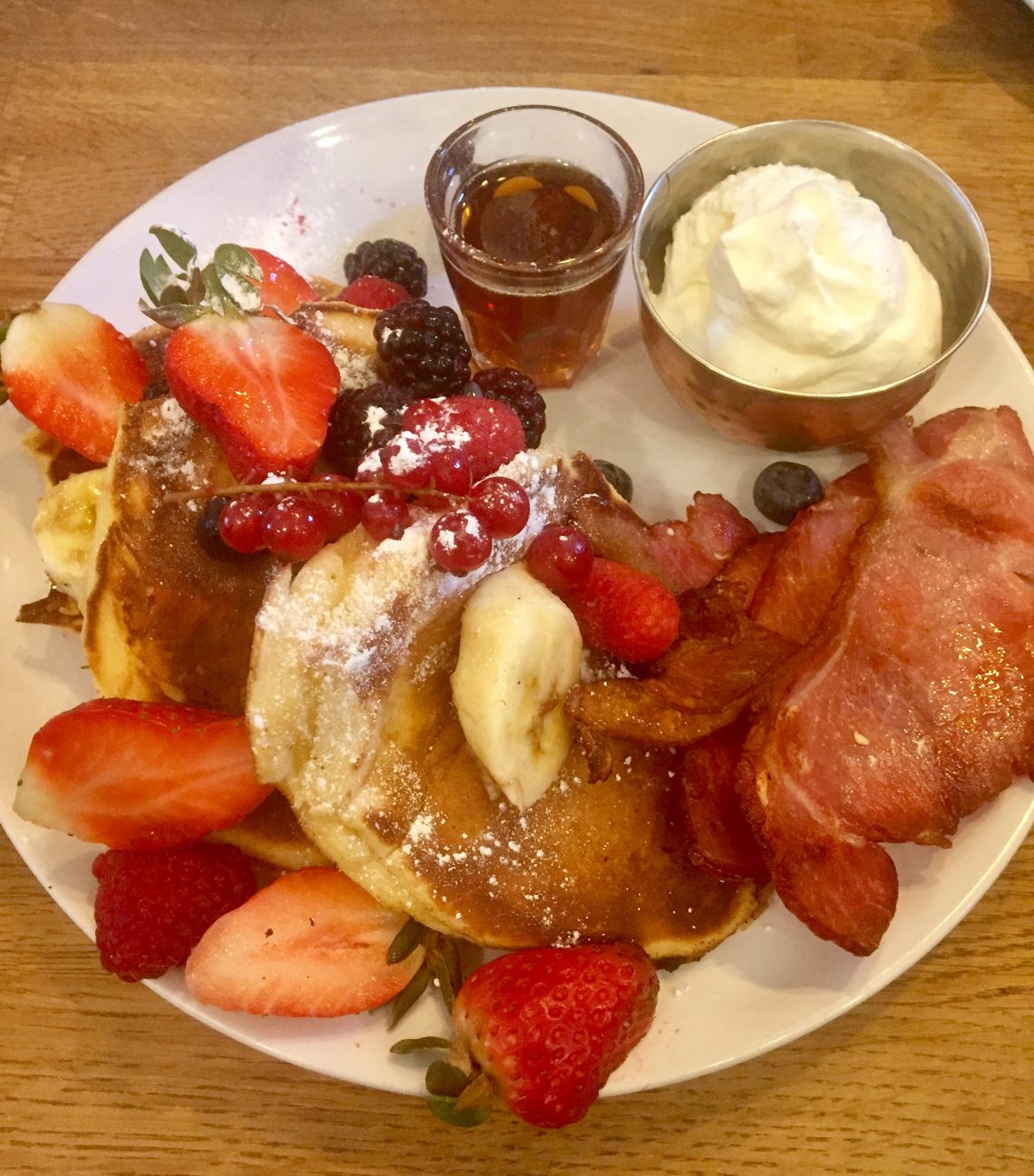 It’s been years since I’ve been to Leamington Spa so couldn’t really remember much about what it was like. My boyfriend and I had been staying in Alcester the night before and were awake early on a Saturday morning, this was unusual so decided to make the most of the free time. I suggested we had a mooch around Leamington and to try and find somewhere to get brunch. I posted a tweet asking for recommendations and googled a search. Meanwhile my boyfriend had remembered there was a burger place called Meatcure which he thought I’d love and we also loved the sound of the menu at Coffee Architects. When we got to Leamington and walked past Meatcure the menu said they weren’t serving burgers until 11:30am and we unfortunately had limited time that morning so carried on walking to Coffee Architects.

When we arrived it was around 11am, there was a short queue outside. I wouldn’t usually be too keen on the idea of queuing, especially when it was cold and we had no idea how long we’d have to wait. We braved it for about 5 minutes or so and thankfully we were soon to be ushered inside to the warm cafe. There was a display of cakes and sweet treats on the counter as we walked in, everything looked so tempting. We sat down and were given some menus as well as having a specials board pointed out to us by one of the friendly waiting staff. This was an easy choice for me…there was something described as ‘avocado smash’ on the specials board which was avocado with chilli, lime, poached eggs, dukkha tomatoes, griddled halloumi on sour dough toast – wow! My boyfriend went for the ‘Hurvos Ranchos’ also from the specials board and I also ordered some pancakes with bacon. I never drink coffee, but couldn’t resist a cappuccino as this was a coffee shop after all.

We drank our coffee which was delicious and looked around at the full café, everyone talking to friends and enjoying themselves, a vibrant, friendly and intimae vibe. The pancakes came out first, this was a serious plate of food. Huge freshly made pancakes with maple syrup, crispy bacon, berries, bananas and crème fraiche. We got stuck in. As we did the avocado smash (there must have been 3 avocados on that toast) and Hurvos Ranchos shortly followed, the plates were so enormous we could barely fit everything on the table. The huge plates filled with fresh, quality ingredients. There was no way you were going home hungry from Coffee Architects. As we worked our way through this fantastic brunch we watched as the people around us received their orders of eggs benedict, more pancakes and toast with various toppings. We just wanted to try it all!

Even with our appetites we couldn’t quite get through everything, but gave it a very good go. I think the waiting staff were even a little surprised at just how much we did eat!

We may have missed out on a Meatcure burger this time, but we definitely weren’t disappointed as we may have never come to know of this little gem. Coffee Architects you guys are fantastic!