Cosy Club is operated by premium brand Loungers (co-founded by 2014 Catey Awards ‘pub and bar award’ winner Alex Reilley). The newest of the (60+) chain of casual dining restaurants now occupies a 4,904 sq ft. unit in Cathedral Square, overlooking the Elgar statue, and opened to customers on 25th July. I’d never heard of the chain until the announcement earlier in 2017, that Cosy Club was soon to be a resident of the new restaurant and shopping development in Worcester city centre. The launch sounded exciting, and I was particularly keen to try out the burger menu.

Just a week after the opening, Mr R and I headed over to the new Cosy Club to find out more. We booked online for 7:15pm on the Wednesday evening and received a confirmation email which explained that the table would be required again by 9pm. This was fine for us as we had commitments meaning we had to get back home, however it seemed that they were still very busy, which we thought was a good sign. 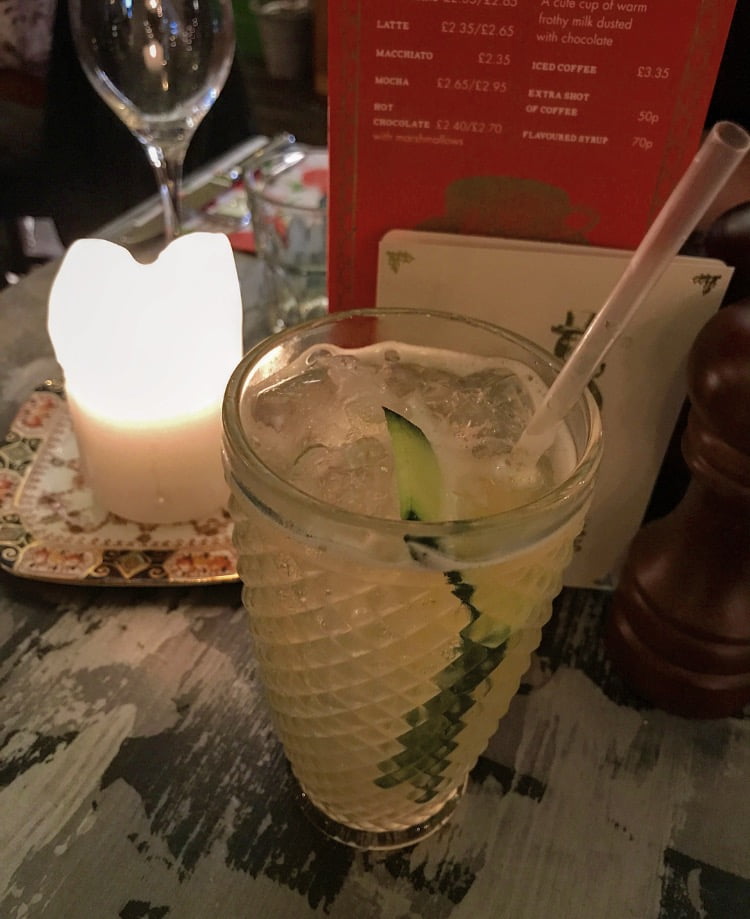 When we arrived, we were greeted by the restaurant manager who was training staff members at the reception desk to use the booking system. We were taken straight to our table which was next to the kitchen. Our waitress Chloe came to take our drinks order almost immediately. I wanted to order a cocktail and she was really helpful as I was couldn’t quite decide. After chatting through a few choices with Chloe, I went with the English Garden (Hendrick’s gin, pressed apple juice & elderflower over ice, finished with cucumber) and Mr R ordered a Diet Coke.

I was pleasantly surprised by just how good my cocktail was. The apple juice and elderflower were a great mix with the Hendrick’s gin. The only trouble being was how easy it could have been to order a few more of them. It was certainly one of the best cocktails I’ve had in Worcester and would recommend giving them a try. The cocktails range from £6.75-£7.95 and with some of the long drinks you can get a pitcher ranging from £19.50-£22.95. Also from Sunday to Thursday between 4-8pm it’s any 2 cocktails for £9.95, which I wish I’d have known about at the time as I would have had another one. 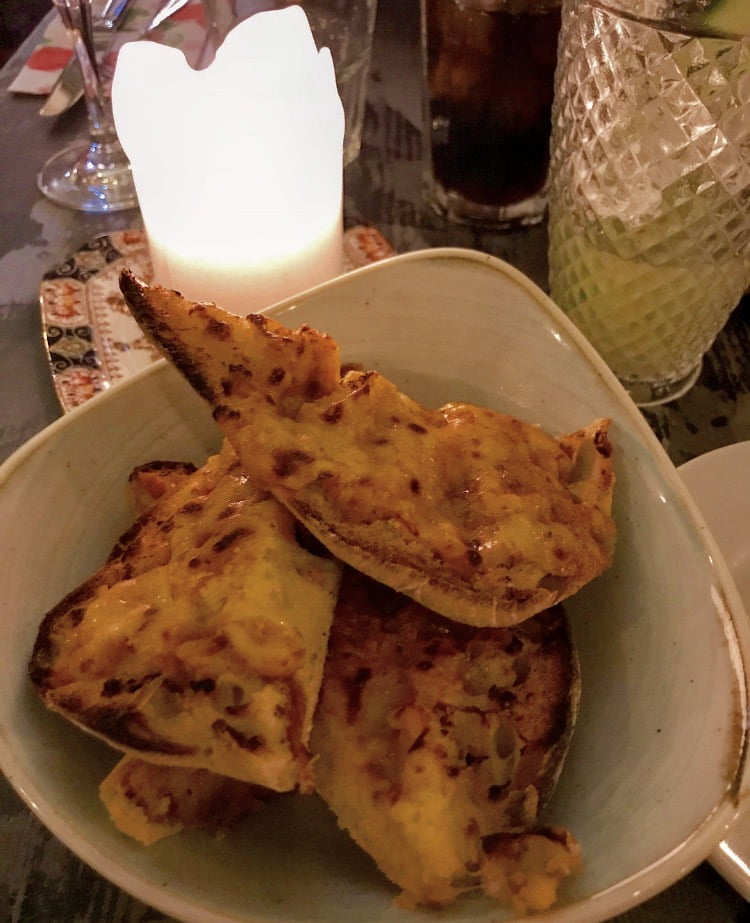 Our food order was pretty straight forward as we both wanted to try the burgers. We thought about having some tapas to start, but the desserts also sounded like they might be quite fun to try, so just went with some sun-dried tomato and mozzarella bread to share as a starter (£2.95). We’ve ordered similar bread nibbles from other restaurants and have often been disappointed, but this was really good. The ciabatta was fresh and had a generous covering of sun-dried tomato and melted mozzarella and we both really enjoyed it. 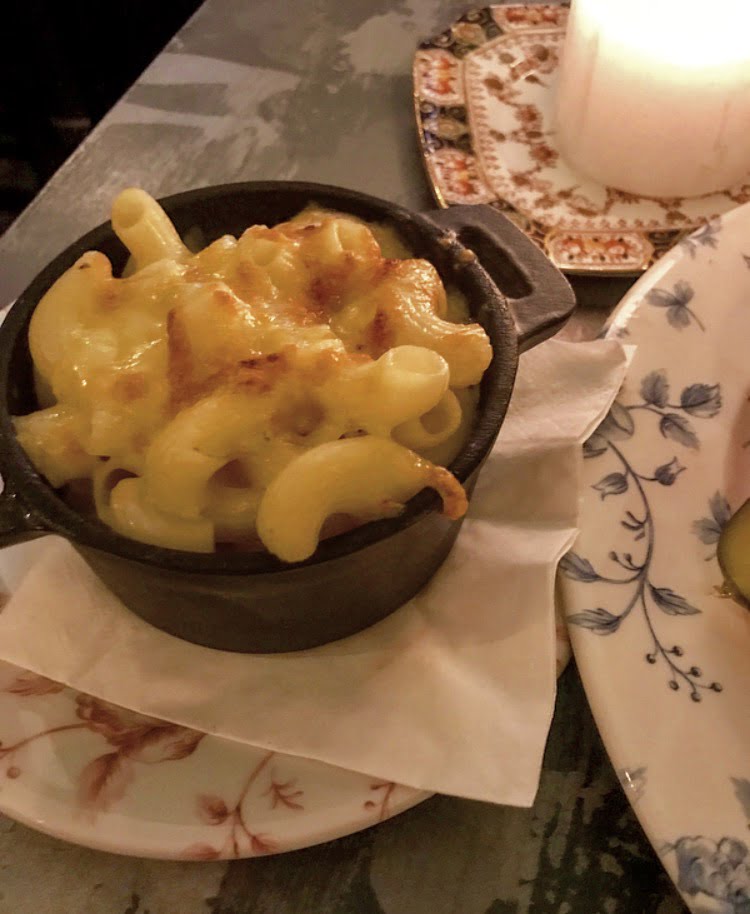 Mr R ordered the classic 6oz beef burger and added cheese (£10.50 with cheese) and I went all out with the ‘Major-General’ burger, which was topped with a macaroni cheese fritter, smoked streaky bacon and melted cheese (£13.95). Both burgers came with fries and slaw and we also ordered a side of macaroni cheese (£3.50). Whilst waiting for the food to cook we observed that the front of house team were still getting to grips with the menu and how everything worked, as you might expect still within the first week of opening. What did surprise us though was how incredibly organised the kitchen seemed to be. As we had such a good view it was difficult not to see the calm team of kitchen staff were all working together. Each plate of food was being placed on the pass looking well presented and extremely appetising. The orders were coming out and ready without anyone having to wait. We thought it was a really impressive operation for such a new team.

Considering our table was required to be taken back by 9pm it was surprising to see that the restaurant was far from full, I can only imagine they had many much later bookings on that Wednesday evening. Anyway, our burgers arrived at the table and looked absolutely superb. My expectations were exceeded as the 6oz patties were hand pressed on site – mine was cooked about medium and Mr R’s was a little on the pinker side. Coincidentally this is our preference to how we like our meat to be cooked. As the burgers are being made and cooked from fresh, I wonder if customers could be asked how they would like them cooked? The quality of the burgers and fries were excellent and we were really pleased with the macaroni side.

Despite earlier wanting to order desserts, we were actually too full. I ordered a glass of wine and we stayed and chatted for a while with our waitress and said a quick hello to the chef. We still managed to finish everything and pay the bill exactly an hour after arriving.

In summary, the food and drinks were really impressive at Cosy Club Worcester as well as being very reasonably priced. The quirky décor does give a fun vibe to the restaurant and bar area and is also suitable for families with kids. Cosy Club tries to offer something for everyone and there’s even a separate vegan and gluten free menu available. 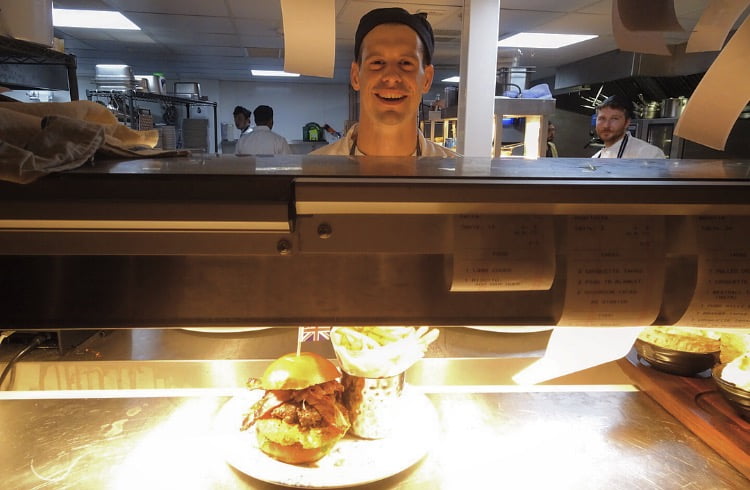