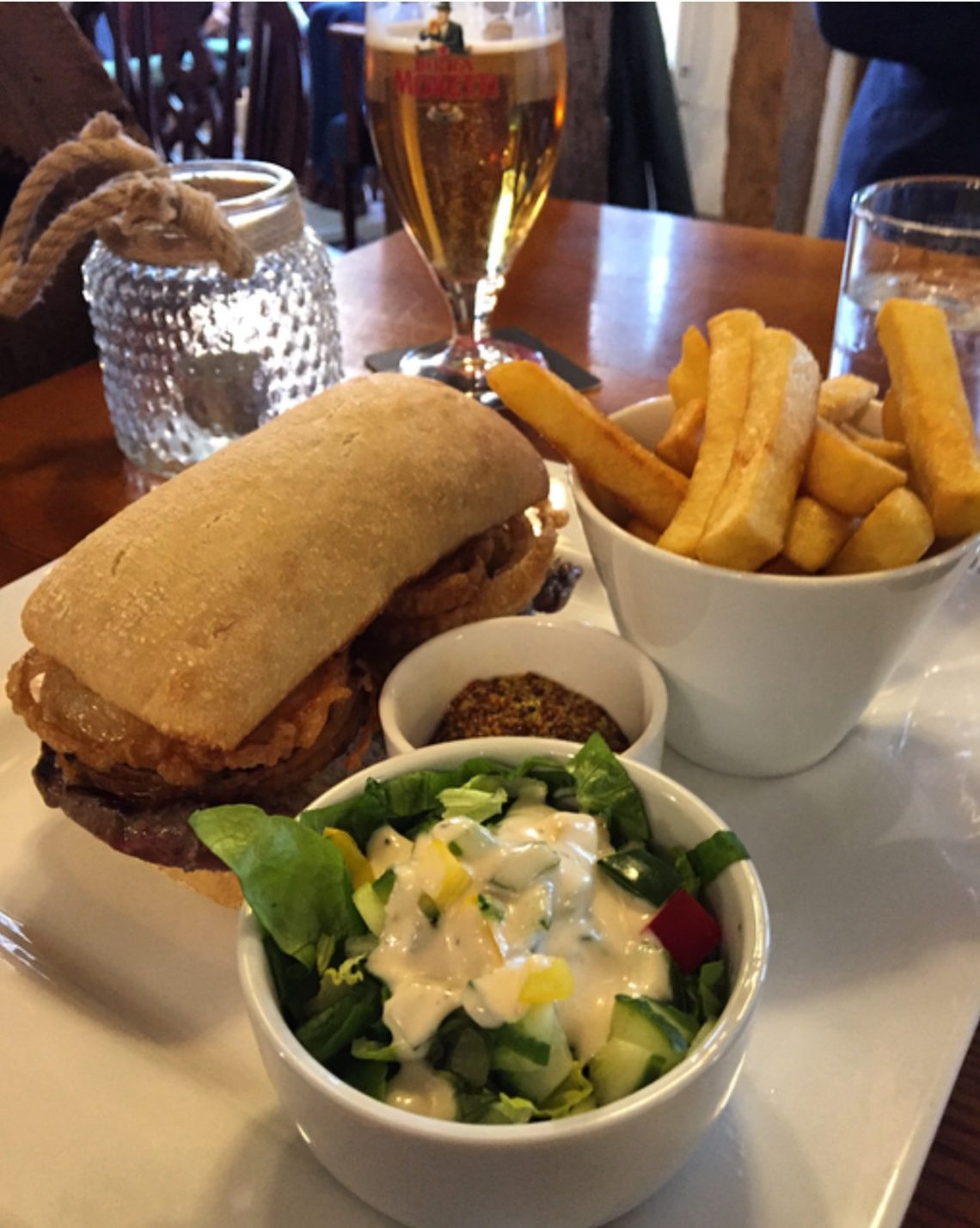 I haven’t been to The Star for years, in all honestly my last visit wasn’t a particularly good one and so I had felt reluctant to return. A few weeks ago I noticed on Facebook that The Star had recently been taken over by new owner’s and had undergone a refurbishment. I hadn’t heard any reviews since but was intrigued to give it a try.

My boyfriend and I were shopping in Pershore on a Saturday, he wanted to get a beer and suggested going to The Star. We popped in to The Three Little Pigs gift shop first and we chatted to the owner Fiona who told us that a friend of hers had been recently and they were ‘wowed’ by the meal they had. We hadn’t had lunch yet so this seemed like the perfect opportunity.

We arrived at 2:30pm and asked the bar staff if we could have lunch. We were told that the kitchen was about to close but they would check for us. The chef said it was ok so we scanned the lunch menu quickly and both decided to try the Bookmaker, Grilled Sirloin, Ciabatta, Blue Cheese, Onion Rings and Skin on Fries. We ordered a drink each and took a seat in the front of the bar area. The whole layout had changed hugely since either of us had visited in the past, everything was opened up and there was now a restaurant area at the back.

Our steak sandwiches arrived and looked great. I smeared the accompanying wholegrain mustard all over the ciabatta and took a big bite. My steak was cooked to perfection, the hint of blue cheese (just the right amount) and the homemade onion rings made this an incredibly tasty sandwich. Lots of ‘mmmmm’ sounds from both of us… it was clearly a very good choice. The sandwich came with a small fresh side salad with caesar dressing which was delicious. I’m not sure if the fries we got were as described on the menu, but this may just be because we had arrived when the kitchen had just closed. We really enjoyed our lunch and will be back to try the dinner menu, which if it lives up to our lunchtime experience then it will be something very much to look forward to!