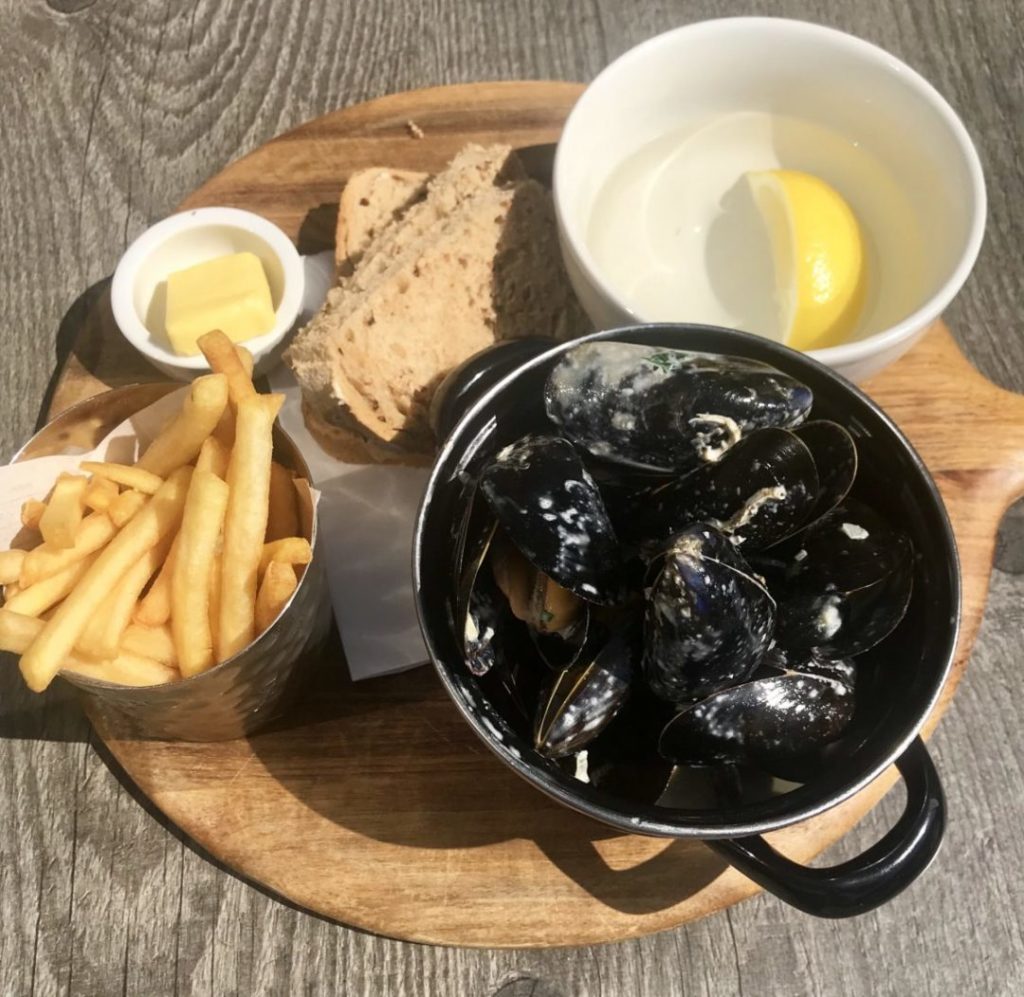 You may recall a brief 2 days in April when we were reminded of what summer felt like. After a long, wet and miserable winter, finally a big yellow ball of wonderfulness appeared in the sky, with not a cloud to be seen, and temperatures reached a roaring 24oC. Usually Mr R and I would be hard at work on a Thursday lunch time, but thankfully on this Thursday we had booked to stay in Broadway as part of a birthday treat – for him, not me. We’d arrived just before lunch and, although only 30 minutes from home and having visited the picturesque village in the Cotswolds many times before, this time we could really enjoy it. There were no plans other than dinner in the restaurant in our hotel at The Lygon Arms, so we were free to enjoy Broadway as if we were holiday makers or tourists. Following a leisurely stroll and some shopping, we read menus outside the various café / restaurants on the high street and decided to pick one to stop for a cool drink or two and some lunch. It was the menu options at Number 32 that appealed to us the most, and as luck was on our side that day, a table outside became free as we approached the café, so we grabbed it. 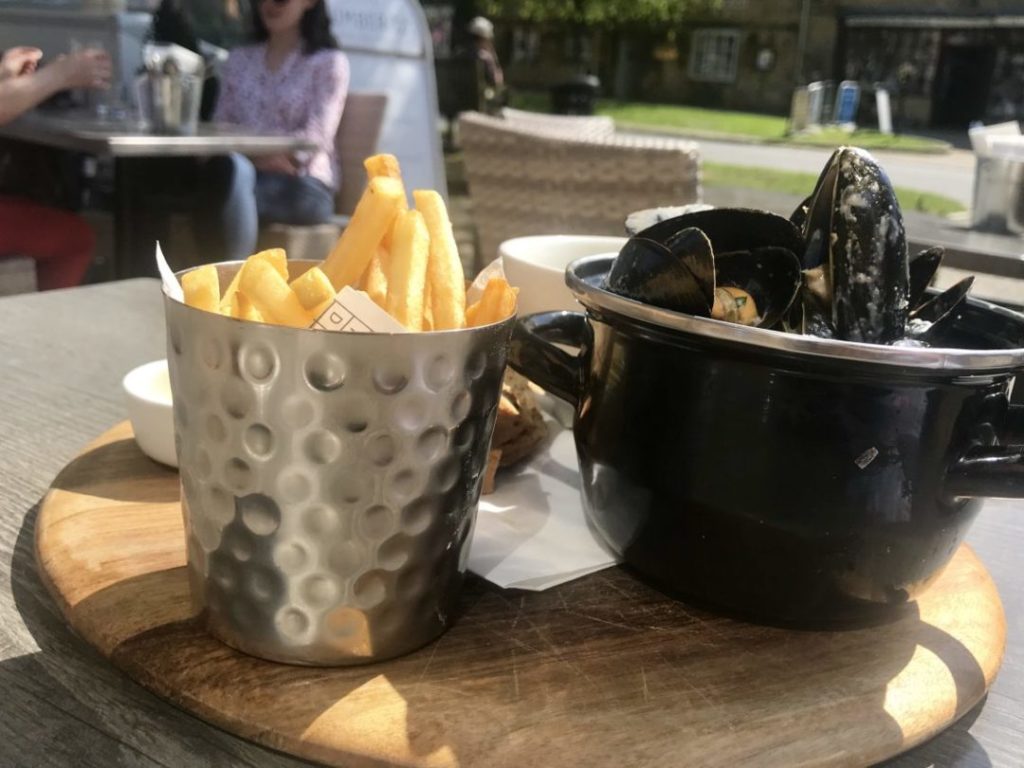 Faced with the oh so frequent difficulty of wanting to order several items from the menu, we sat for a while soaking up the sun whilst trying to narrow things down. We could see that the staff inside were very busy with orders on this unusually hot day, so we didn’t mind that it took a little longer than it may have usually done for someone to come out after making them aware of our presence. Prosecco, water and cold white wine arrived at our table and we watched passers by enjoying the sunshine. Having skipped breakfast and feeling rather ravenous we figured the best way to tackle the menu would be to agree on two or three choices to share. We settled on three.

Since it felt like we were in the Mediterranean, because of the heat at least, the Moules in a classic Mariniere sauce (£10) was a must, and the perfect starter to share. The mussels were surprisingly large and meaty, The shells had been thoroughly cleaned and were delicious in the creamy white wine and parsley sauce which I naughtily soaked up with the fries and granary bread & butter that came with them. We actually felt quite full as it was a good size portion even to share, but I was still looking forward to the next course, and we didn’t have to wait too long before it arrived. A hot stone baked pizza with the thinnest of crusts came topped with tomato, oregano sauce, prawns, anchovies, tuna, mozzarella and capers (£11), and it tasted amazing – we were now in Italy! After enjoying the pizza first before it went cold (probably not much chance of that in the scorching heat), we halved the New York deli bagel (£8). The bread was toasted and inside it was stacked with pink, seasoned pastrami slices, gherkins, mustard, mayonnaise and Swiss cheese. As with the moules the sandwich came served with fries and a fresh salad garnish.

Another round of drinks was ordered and we watched people queue up outside Number 32 for ice cream as if it were the middle of summer, feeling blessed to be amongst those having the most wonderful day. Had the weather been less kind we would have happily taken a table inside, where the décor was reminiscent of an American ’50s diner with red seats and black and white framed photos on the walls. USA meets Cotswolds.

We will return on our next trip to Broadway for another perfect lunch date.