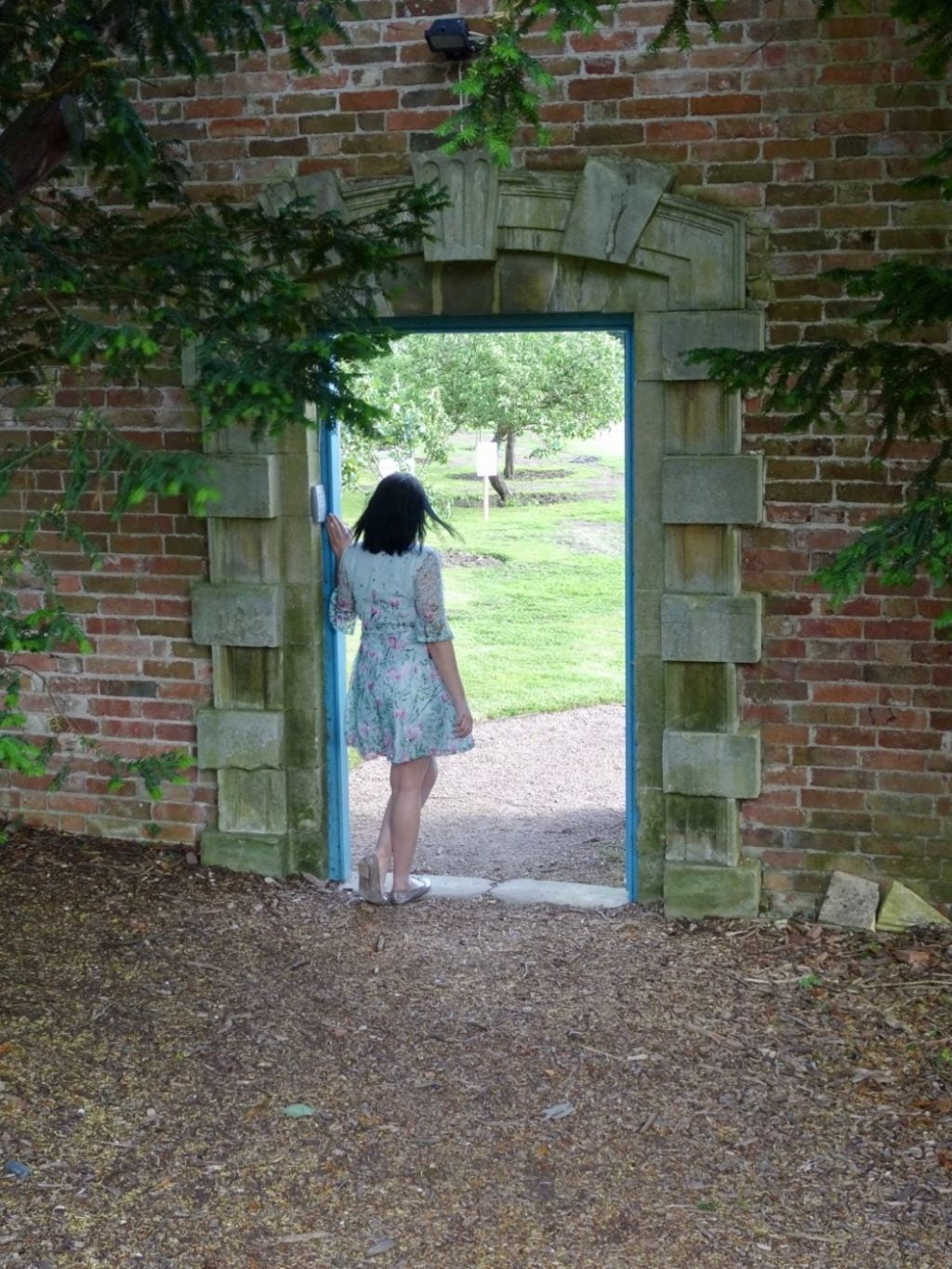 Britain’s largest Georgian Walled Gardens (an astonishing 7 acres in their entirety) are located at Croome in Worcestershire. Lancelot ‘Capability’ Brown and Robert Adam made changes to the walled gardens when they were brought to Croome by George William (Earl of Coventry) in 1752.

Moving forward to the 21st Century, The parkland, lake, river, garden buildings and Park Seat at Croome were acquired in 1996 by the National Trust. When the walled gardens (which fell into disrepair and had been abandoned for more than 40 years) were up for sale in 2000, the National Trust were not able to undertake the huge restoration of the gardens and so they were sold separately at that time to the Cronins.

Over the past 17 years the Cronins (who also happen to be my parents) have been lovingly bringing the gardens back to life as well as restoring glasshouses, the Gardeners cottage, vinery’s, the ‘Capability’ Brown dipping pond and much more. They have also carved a new layout, adding in paths, a rose garden planted with over 400 scented David Austin roses, espalier style fruit trees and are now starting work on a new Mediterranean garden which will feature 2 enormous olive trees believed to be more than 100 years old.

Walled gardens are magical and enchanting. Firstly they entice you with the mystery of what’s behind the garden door; the pathways lead you into the unknown; there are secrets to be told as you explore; there are peaceful spots to take solace and sooth the mind; the intoxicating smells arouse your senses and not to forget the kitchen gardens main purpose, to grow and supply an abundance of produce.

Since beginning my journey of writing about food and creating my own recipes, inevitably I’ve become more interested in learning more about where my food comes from as well as cooking with seasonal ingredients. Having access to the produce in my parents vegetable garden is a tremendous privilege and a luxury. To satisfy my curiosity about the magic of a walled garden compared to growing fruit, vegetables and herbs in any other garden, I asked my Mother! 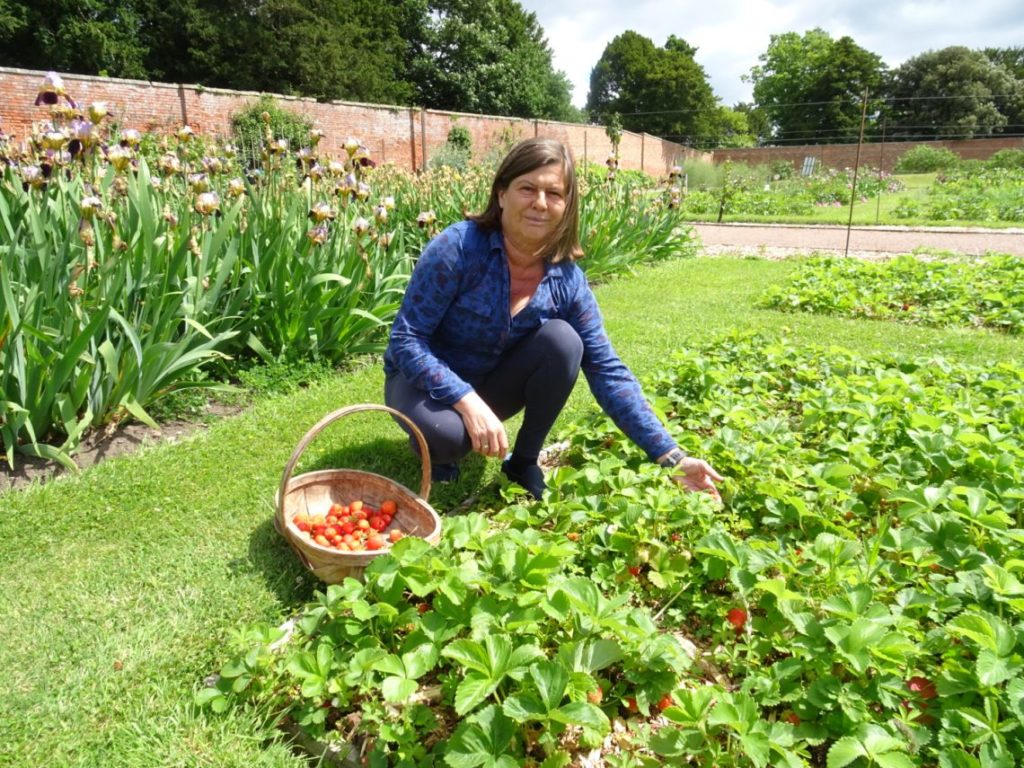 Walled gardens have their own microclimate, how is this created?
The walls are very important in contributing to the gardens microclimate as is the aspect of the garden. Walled gardens are usually built with a slightly off centre south, east axis. This allows the warmest south facing wall to get as much sunlight as possible. The walls store the heat from the sun during the day and is released throughout the night. Effectively, they work a bit like a night storage heater. The walls also give protection from the weather and depending on their orientation either reflect heat or cast shade onto the borders. Our walled garden also has an extra layer of protection as it has a largely evergreen woodland planted around the outside perimeter, giving extra protection from the wind. Outside the south facing wall there is a Yew wooded area, these trees are also very good at taking moisture from the air which helps to lessen the likely hood of frost in the gardens. 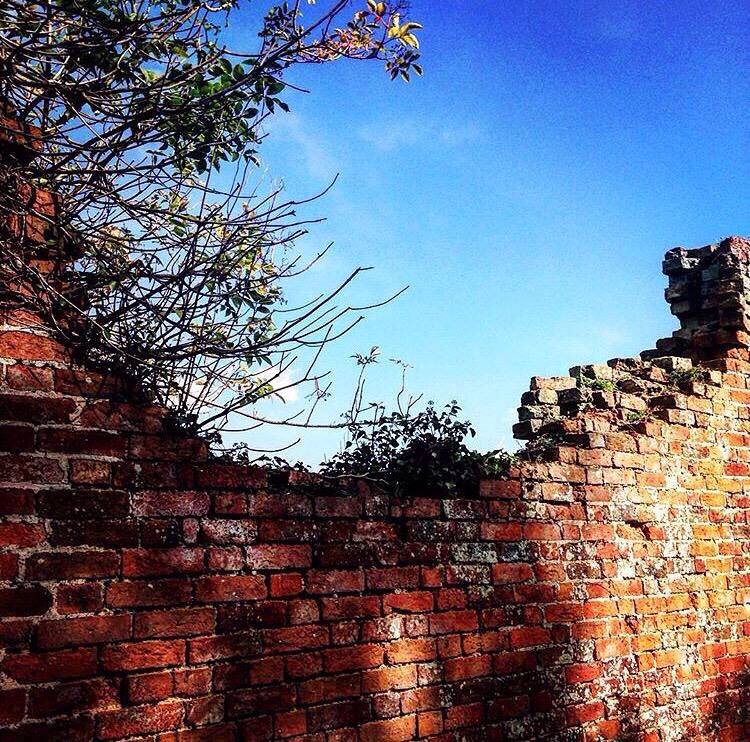 Why is there a dividing wall inside the gardens?
This is a heated wall known as a ‘hot wall’ and is an incredible piece of engineering. Heated walls were developed in the early 1800s when there was a tax on glass. Fires would be lit in the furnaces along the wall, the hot air and the smoke would rise up the wall, heating it and protecting frost from tender plants and trees. Traditionally fruit trees were planted along the south side of the wall with a border to enable earlier cropping and probably some later cropping too.

What unusual or rare vegetables and plants are you able to grow within the walled gardens?
With the help of the heat from the walls and the aspect of the garden we are successfully growing Echium which is more of a Mediterranean type plant. We have great success with growing tomatoes outside, compared to other gardens that might struggle with temperature drops. We also attempted to grow sweet potatoes outside for the first time last year which was a great success. Usually you would require a greenhouse to be able to grow them in the UK. Plants outside often come into flower and vegetables mature slightly earlier in the season than you might expect, although usually just a little bit later than things that have been grown commercially within a greenhouse.

What produce is about to come into season?
This year has been interesting because the weather’s been so dry so a lot of things are a little behind. I’d have already expected in the first week of June to have broad beans but they are only just coming into flower. However the strawberries are already ripening and we have lots of lettuce growing. The purple sprouting is coming on really well and the green beans are starting to shoot up. It’s still early in the season for produce in the gardens, but when harvest time arrives we tend to get a glut of various fruits and vegetables as they each come through. In fact a poignant reminder of times gone by and before produce was flown in from around the world to give us access to pretty much anything we want from supermarkets all year round. People would have eaten more seasonally than we do now. An interesting evolution of glut to gluttony! 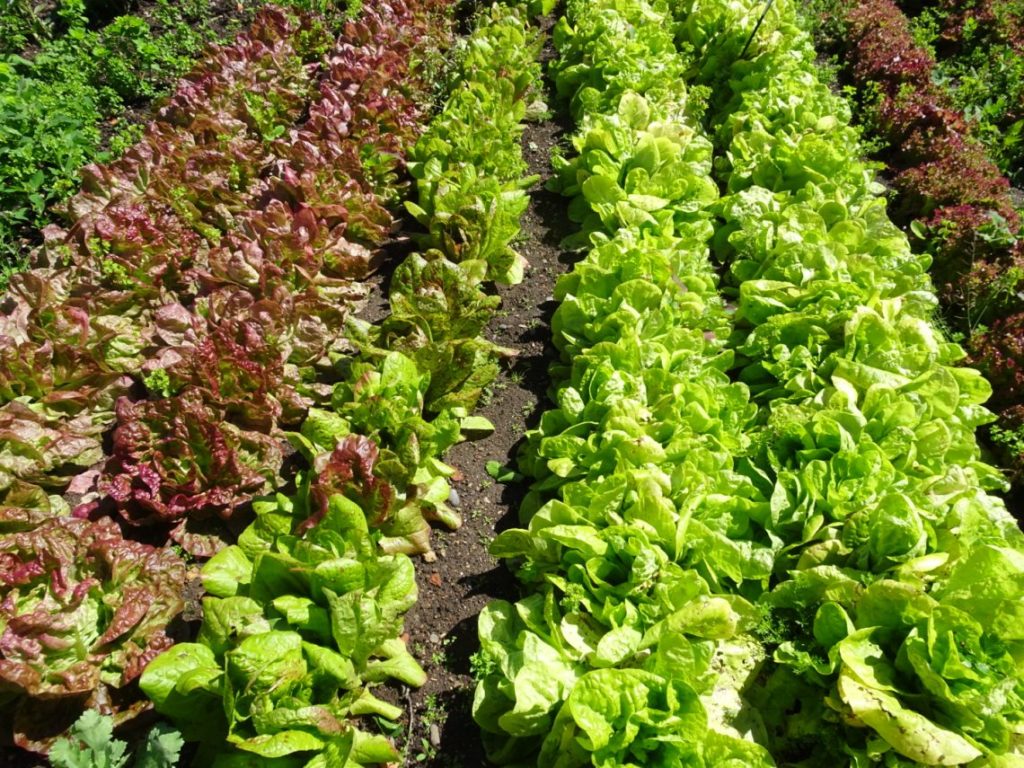 Why do you grow so many heritage varieties in the gardens?
One of the things I particularly like about heritage varieties of fruit and vegetables is that they taste better. Over recent years everything has been grown to conform to the consumer’s expectations of how their food should look, wanting everything to be the same shape and size and to look perfect. ‘Real’ vegetables are all different shapes; arguably the uglier the fruit or vegetable, the better it tastes. I believe we’ve lost a lot of flavour and character from our fruit and vegetables by trying to mould them into something else. 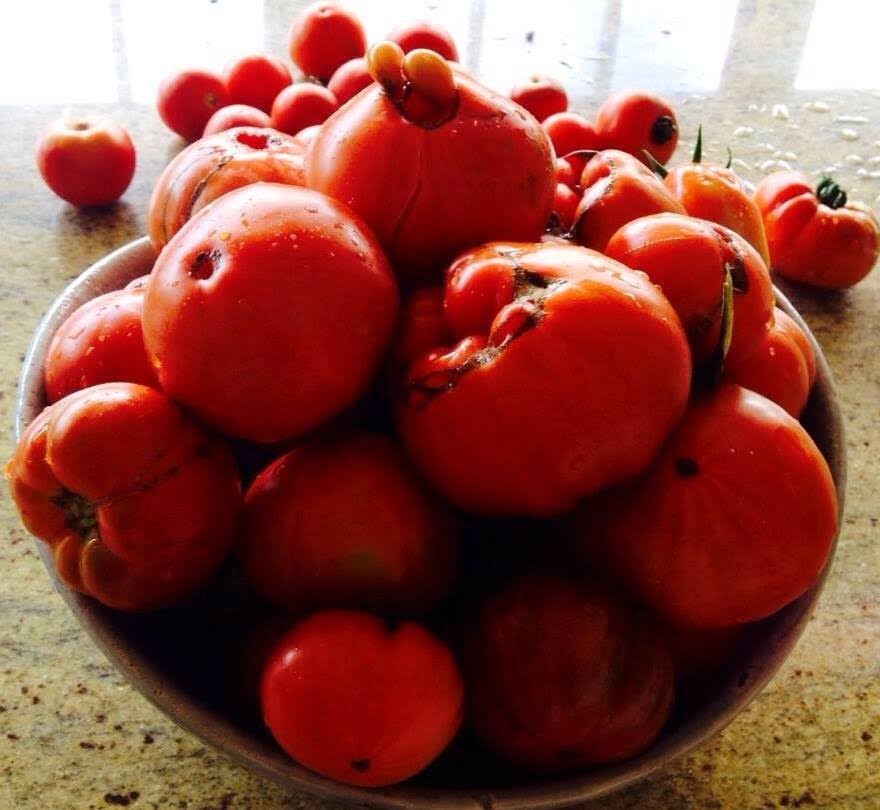 Do you have any future plans to make the gardens even more productive?
This is an ongoing process for us as part of the restoration project. At the moment we are installing a computerised state of the art irrigation system. The sensors will detect the moisture levels within the soil and will be programmed to water when the gardens need it. We are also planning on creating a Mediterranean garden over the coming Winter months. We’re hoping for it to be complete by the time we reopen the gardens to visitors again next year. The plan is to have Mediterranean plants and flowers such as Geraniums, as well as olive trees, lemon trees and orange trees. We’ll be growing more tomatoes, aubergines, basil plants and general things you would expect to find growing more in a Mediterranean climate than in the UK.

The Walled Gardens at Croome Court remains privately owned by Chris and Karen Cronin, however they open the gardens to the public from Easter until the end of September on Friday’s, Saturday’s, Sunday’s and Bank Holiday Monday’s. Access is through the National Trust visitor centre at Croome. Admission to the walled gardens is £5 for adults and children are free. All proceeds go towards the ongoing restoration project.