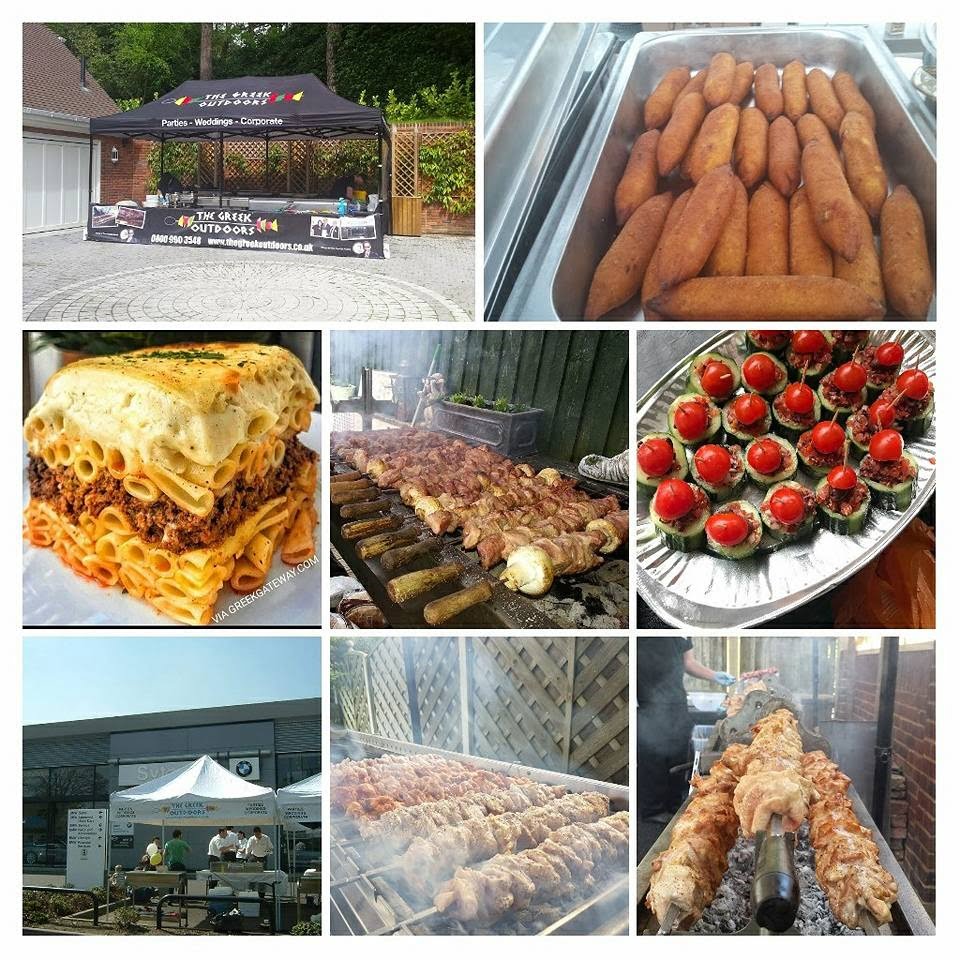 Photo credit: The Greek Outdoors
The Greek Outdoors was started in 2009 by Christos and his wife Christalla as an alternative to the usual caterers.
To the husband and wife duo, the only way this would stand out from the rest, was to use traditional Cypriot methods of using a Foukou Rotisserie  (Cypriot BBQ) over very hot coals.
A full salad bar was added, and so was all the traditional Greek/Cypriot foods associated with a Meze.
Using only the best meat, fish and produce available, The Greek Outdoors never put profit before quality. They are consistently looking at other ideas to improve or add to the business.
The Greek Outdoors were proud to be picked by Theo Paphitis #SBS on Twitter in 2012 and in 2019 they won the American Express sponsored @SmallBusinessSaturdayUK, which has excelled the business.
The Greek Outdoors work all year, all weathers permitting, catering for all events. Although weddings are a big part of their business, they are still a family run business, and feel as passionate today as they did back in 2009 when they first started.