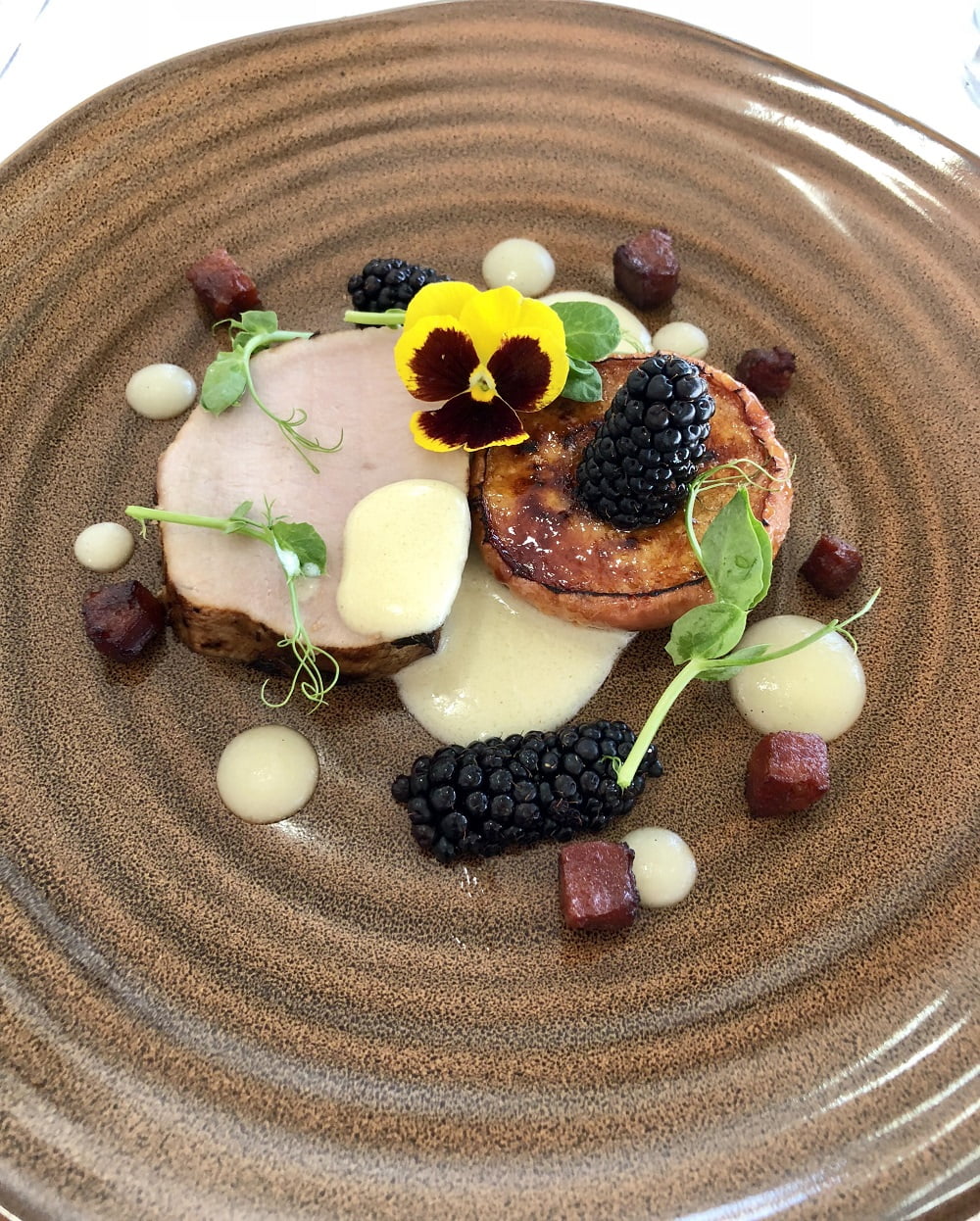 The world of blogging is something I entered into somewhat naively around 18 months ago and it has been a learning curve with ups and downs. It’s only in recent months that I’ve begun to take note of some of the negativity around blogging, and food blogging in particular, with the matter of accepting comped food and / or drink. Looking back through my 200 posts there are a small handful of reviews I have written for restaurants in exchange for compensation of a meal. As my following has grown I receive lots of invites like this, some of which I agree to and most of which I choose not to. When I received an invite from Worcester Racecourse to visit their Severn Restaurant and sample the tasting menu in return for complimentary tickets I decided to take them up on the offer. The main reason being that it was somewhere I hadn’t been to and probably wouldn’t have thought about without the prompt. I thought that if I enjoyed it that maybe anyone who reads this might be inspired to try somewhere they hadn’t thought about too. So anyway I asked my Mum to come along with me as she is the harshest critic I know, and would be sure to provide a balanced view.

The Severn Restaurant is open on racedays and can be booked as a silver (£65pp) or gold package (£78pp), which gives you a table throughout the event with a three course meal and race card. The gold package upgrade also includes a glass of Prosecco and afternoon tea. Chef Matt Pollard introduced himself at our table and recommended the tasting menu which sounded like an awful lot of food for lunch time, but he assured us that each course would be a small taster. The menu listed local suppliers that the kitchen team had proudly selected for sourcing their ingredients. The first plate of Macneil’s smoked salmon looked simple, vibrant and refined. In the scorching 30 degrees heat of the day we were already melting, and were thankful for a light start to lunch as feared we’d struggle to get through anything too hot and heavy.

The duck parfait that followed was again light and manageable, in spite of the full flavours of Cointreau, plum and port bringing everything together. The pickled onion was subtle and offered a marvellous contrast of texture, and again the presentation was impressive without trying to be too fancy. I’d spotted on the menu that the chef was using seasonal Pershore Juneberries, so asked our server to enquire with the kitchen, and they kindly added some to our duck dish. My Mum commented that any chef can make something tasty by using the best ingredients, but it takes a very clever chef to know how to make them work together, and this in her opinion is a very clever chef – straight from the horse’s mouth (sorry)!

Although we couldn’t stay for the full afternoon, we watched a few races from our window seat on the second floor of the Grandstand. Looking over the county enclosure reminded me that I’d been to the Beer Festival at Pitchcroft and I’d also enjoyed a day of races with colleagues. Mum and I were so impressed with the food that we started planning big birthdays and future events as we hadn’t considered using the racecourse as a party venue before.  Our next course was a refreshing salad served with Macneil’s smoked chicken, bacon, avocado, grapefruit, parmesan, tossed in a Lightwood’s blue cheese and tarragon dressing. The grapefruit was the ingredient that really made this the ultimate summer dish. Now on our third course we were getting fuller and hotter with the heat, but the food was just so tasty that both became irrelevant.

Topped up with water we were ready for plate number 4, which was also the first cooked course from the menu. As with its predecessors the fillet of Megrim Sole was visually very pleasing, and had been garnished with colours of the summer in mind. The fish was cooked well and came served with vitelotte purple potatoes, sauteed local fresh asparagus and a delicious white wine & chive beurre blanc and a homemade tartare. This was my kind of food and thinking back this was the plate that I enjoyed the most. Checking the menu we realised that yet another main course was to follow and I was really excited to see what was next.

The loin of pork we guessed had been cooked sous-vide to retain its moisture and then seared on the edges to give colour and texture. In the process it had slightly dried the meat around the outside, but it became more and more tender towards the middle. An apple fondant was the main accompaniment and it looked terrific. Our only comment was that with apples being out of season it was a little under ripe and felt that this dish for us would be absolutely spot on served as an Autumn dish. The small cubes of chorizo gave a smokey bite to the overall flavour, and the apple puree and local blackberries of course worked well with the pork as fruit surely does.

Often the most disappointing course of any meal for me is the dessert, and I’d happily not bother. The chocolate sweet that concluded this tasting menu was definitely an exception. A fun chocolate bar shaped ganache sat on the bottom and was the smoothest I think I’ve ever tried. On top was a quenelle of salted caramel panna cotta, surrounded by chocolate soil, salted caramel and a fluffy chocolate sponge. Tiny balls of liquid (strawberry or raspberry?) popped in our mouths and cleansed the palette following the intense hit of chocolate and caramel. Sadly neither of us could finish our pud as we were just so full and we pretty much rolled out of the restaurant into the lift.

When I saw my Mum the next day we were still talking about our lunch at the Severn Restaurant and were amazed that there was a restaurant in Worcester that was serving food cooked at this level that we hadn’t been to before.

*If you’re thinking of booking a package then just to make you aware that the tasting menu had been put together by the chef to give us a chance to try several dishes from the menu. The packages include a three course meal with tea and coffee.*