The Food & Drink Trade Show 2018 organised by Hale Events took place at Three Counties Showground on 2nd-3rd May. Over 70 exhibitors turned up this year from Worcestershire, Gloucestershire, Herefordshire and further afield to introduce their products to representatives from food & drink outlets and services. Local chefs were also preparing dishes in front of visitors over the two days, live from the Love Food demonstration kitchen. When we arrived on the first day of the show Felice Tocchini was on the stage cooking his dish “A Taste of the Three Counties – Belly of Gloucestershire old spot pig, Worcestershire honey, Hereford cider.” Mr R watched with interest whilst my attention had been caught by a cute display of soaps made from sheep’s milk. I sampled some hand cream from the New Ewe range which felt instantly soothing and non sticky. The natural oils, butter and milk soaked into my hands as if it were food for my skin. 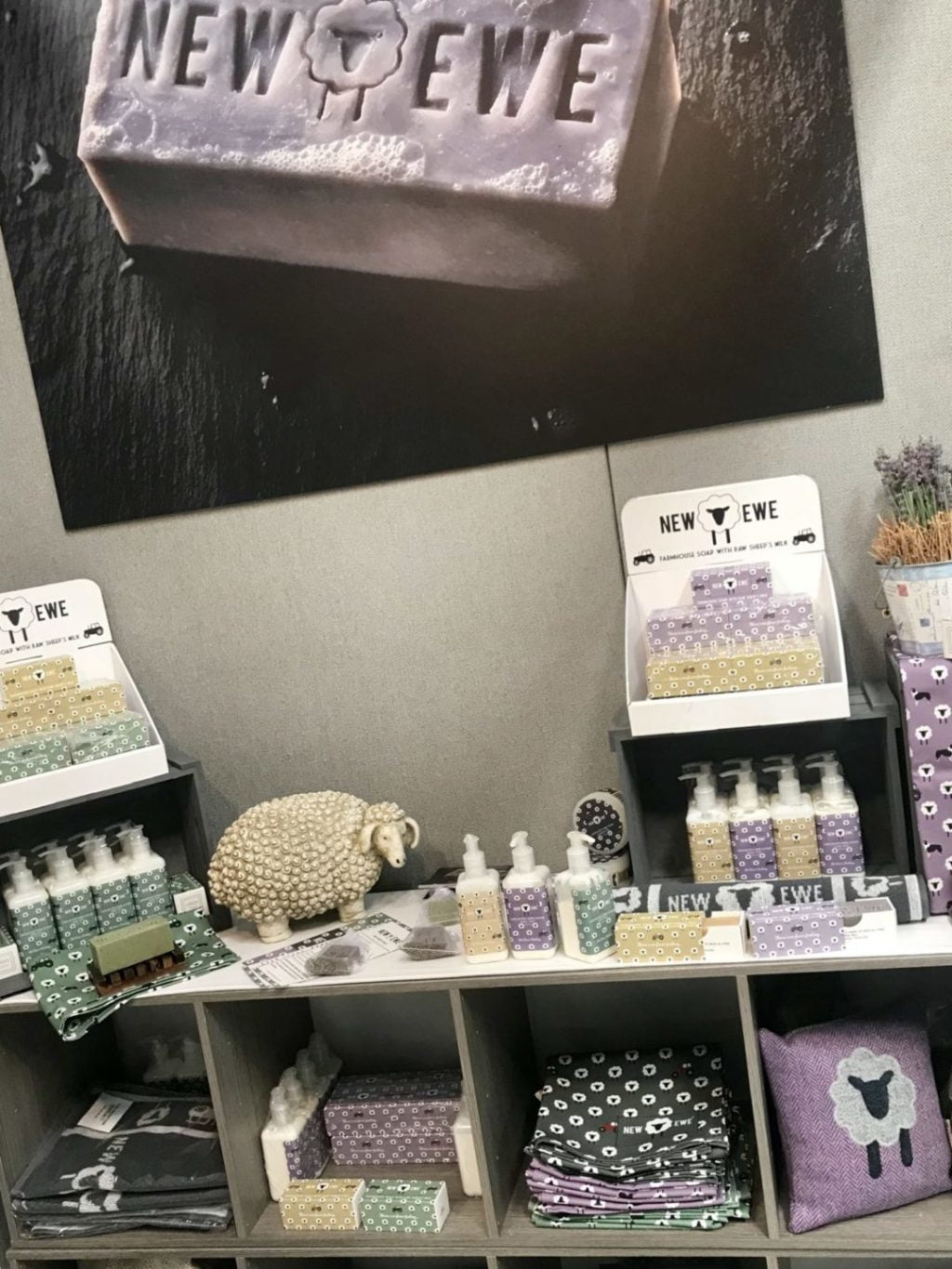 As we wandered around, exhibitors offered us various food and drink samples to lure us in to find out more. Something we hadn’t tried before were the Middle Eastern table sauces by Mezze Soul, and the interesting fact is that they are all made with pomegranate. All of the sauces are made from natural ingredients and perfect to use as a fish / meat marinade or as a salad dressing. There are loads of healthy recipes on their website too for more ideas on how to make the most from each flavour. Mezze Soul are based in Bristol and a list of where to buy their delicious sauces will be coming soon on their website. We took home a bottle of our favourite – the pomegranate red pepper chilli sauce, and plan to add some to a chilli con carne as recommended by Deborah and her colleague. 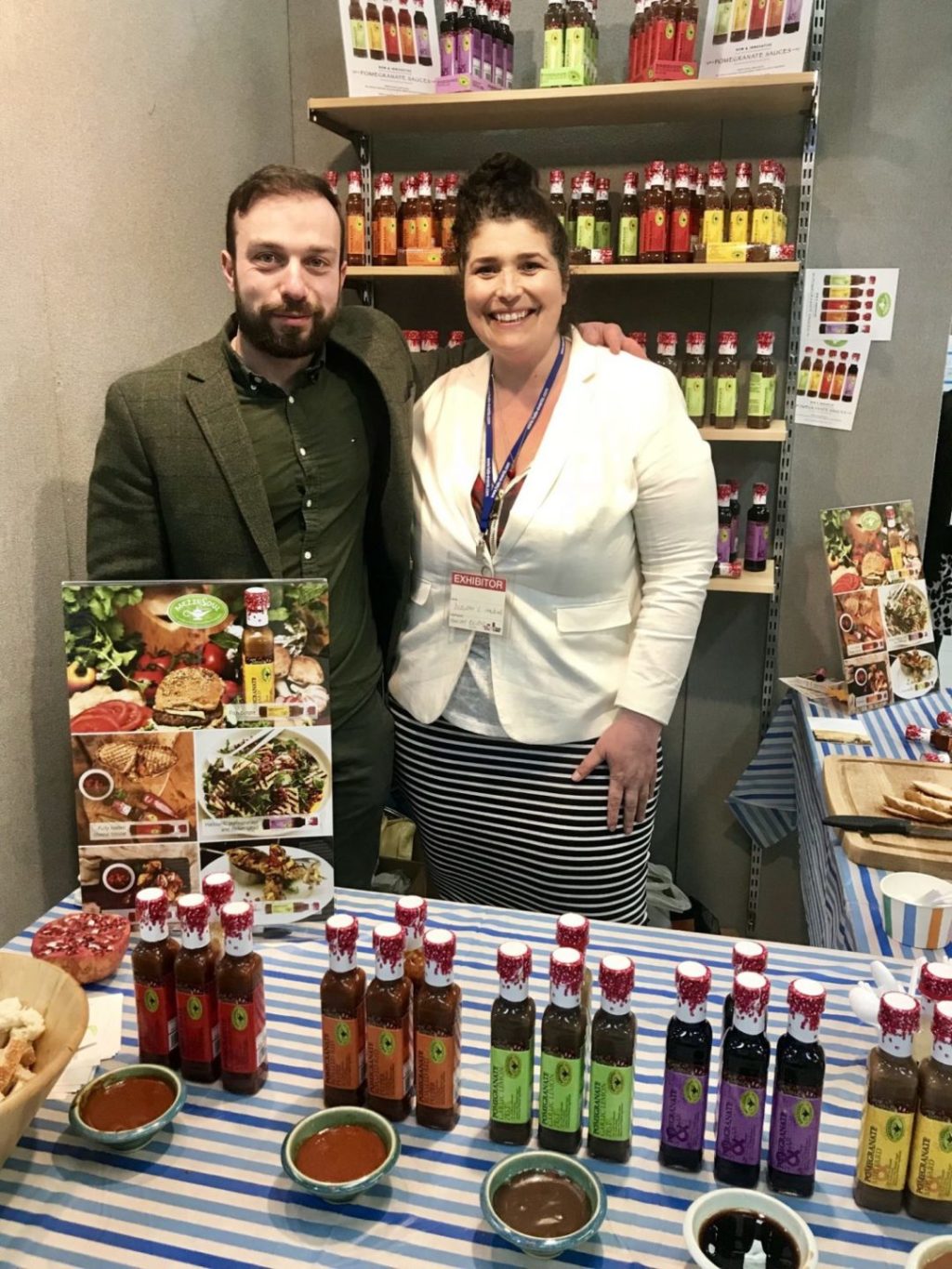 There were many stands stocked with gin which kept tempting us in, and subsequently it was no surprise that we ended up buying a bottle to add to our collection. Mr R really liked the Silver Fox London Dry Gin label. We learnt that the gin is made with 8 botanicals for an intensely aromatic flavour. It is distilled 5 times, which apparently means that as much of the flavour as is possible of the carefully chosen botanicals is retained within the alcohol. We really enjoyed the smooth, citrusy gin and it’s now an excellent addition to our ever increasing gin wall. 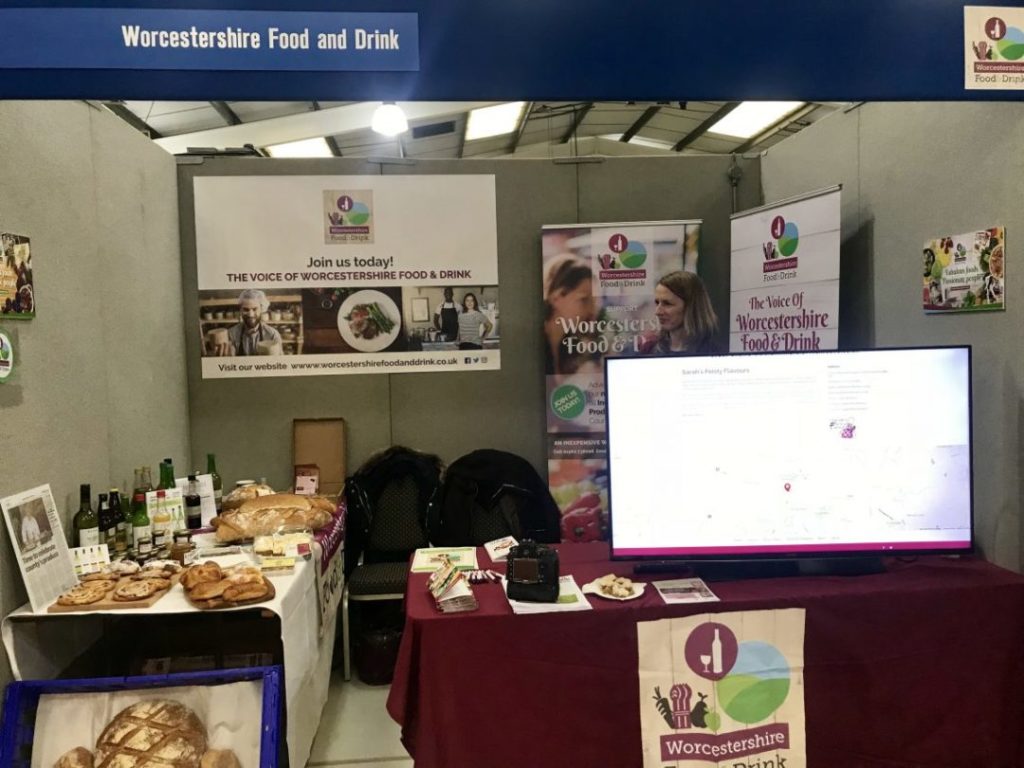 Next stop was at the Worcestershire Food & Drink stand to find out more about a new initiative whose goal is to position Worcestershire on the wider food map. A membership means that local independent producers, caterers and retailers can sign up to get support, training, networking, industry advice and most importantly help them to shout about the fantastic food and drink produced in Worcestershire. At the moment it’s free to join thanks to funding and support from Worcestershire Local Enterprise Partnership, Worcestershire Regulatory Services and District & County Councils. We chatted to Sharon Gilbert who first told me about WF&D, and was there to spread the word as well as launch the new website at The Food & Drink Trade Show which will go live in late May. Keep an eye out here. 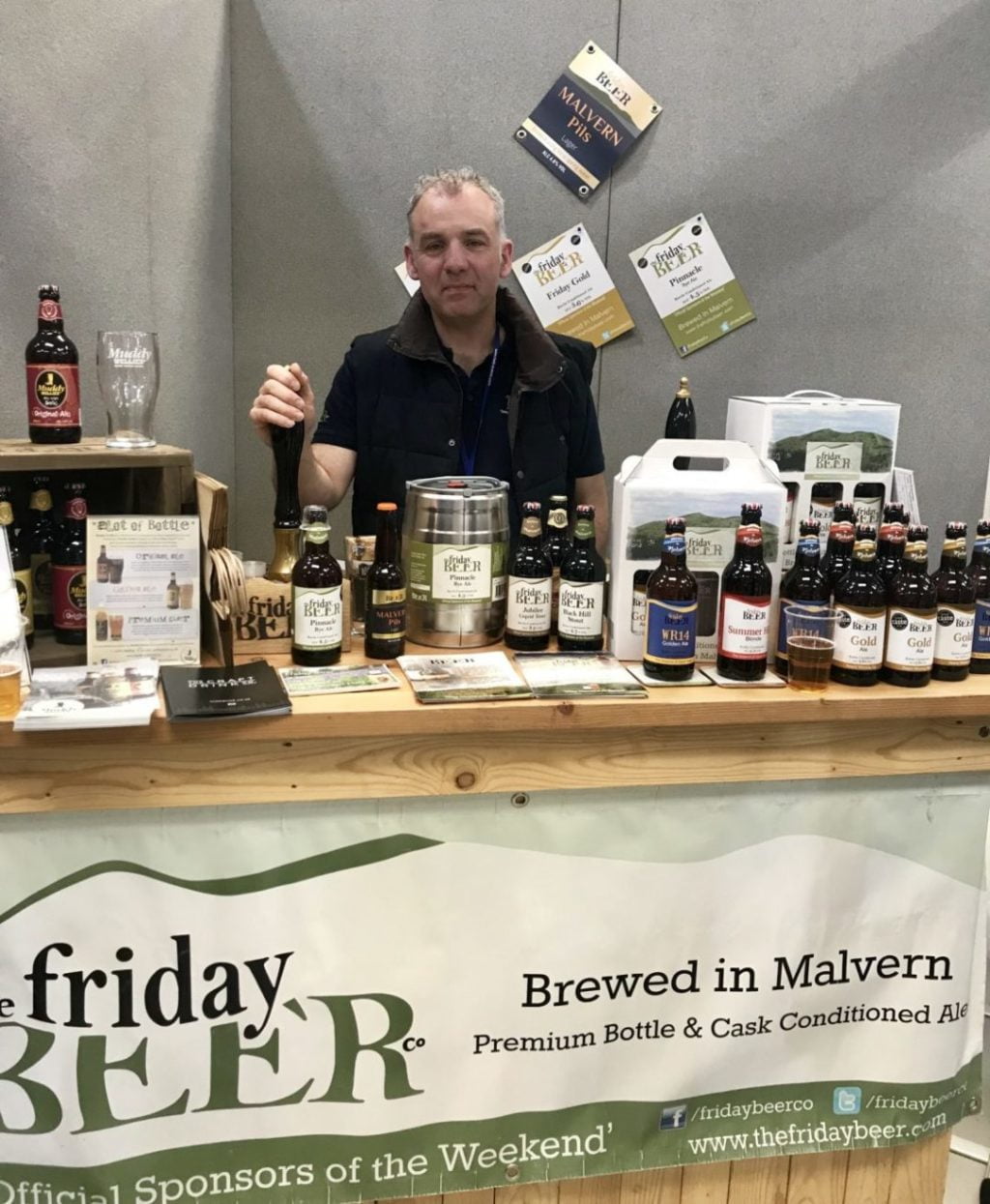 Cider, gin, juices, wines – this trade show had them all. If you haven’t heard of Bradley’s juices I’d recommend looking out for them. The apple and beetroot was an unusual but healthy choice, and very tasty. Based just outside of Bristol, Bradley’s make all of their own products on their farm using all natural ingredients. I don’t know a thing about beer so left this tasting to the expert when we visited the Stroud Brewery stand. Besides crafting award winning organic ales, they also have a family friendly bar onsite at the brewery open on Thursday, Friday and Saturday evenings. Pizzas are made in a wood-fired oven by Velo Bakery with live music on Saturdays – this definitely sounds like it’s worth a visit! 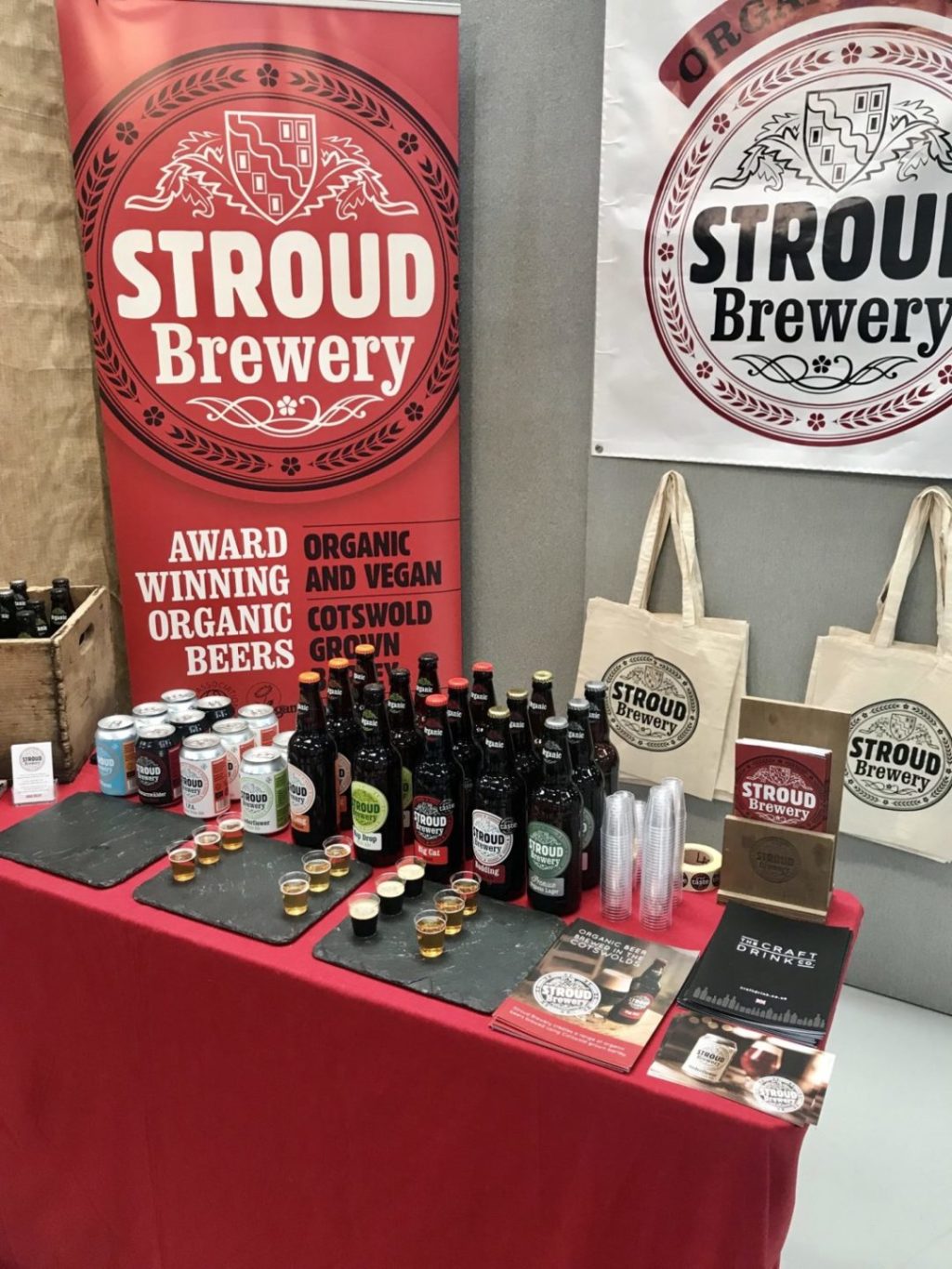 A little closer to home and based in Malvern is The Friday Beer Co. who use Holywell Malvern spring water in the brewing process. They also told us the news that some of their range will be stocked in selected Waitrose stores – congratulations! Closer to home still is Lovells vineyard, somewhere I’ve been meaning to visit. We had a lengthy chat with Cathernina who co owns Elgar Wines at Lovells Vineyard with her husband. Lovells are also winning awards and the most recent one is yet to be announced before the end of May. Joining back in with the tasting I tried the red, which is notoriously difficult to produce in the UK. Mr R sampled the Sonatina rose and Promenades white, named after pieces composed by Sir Edward Elgar. 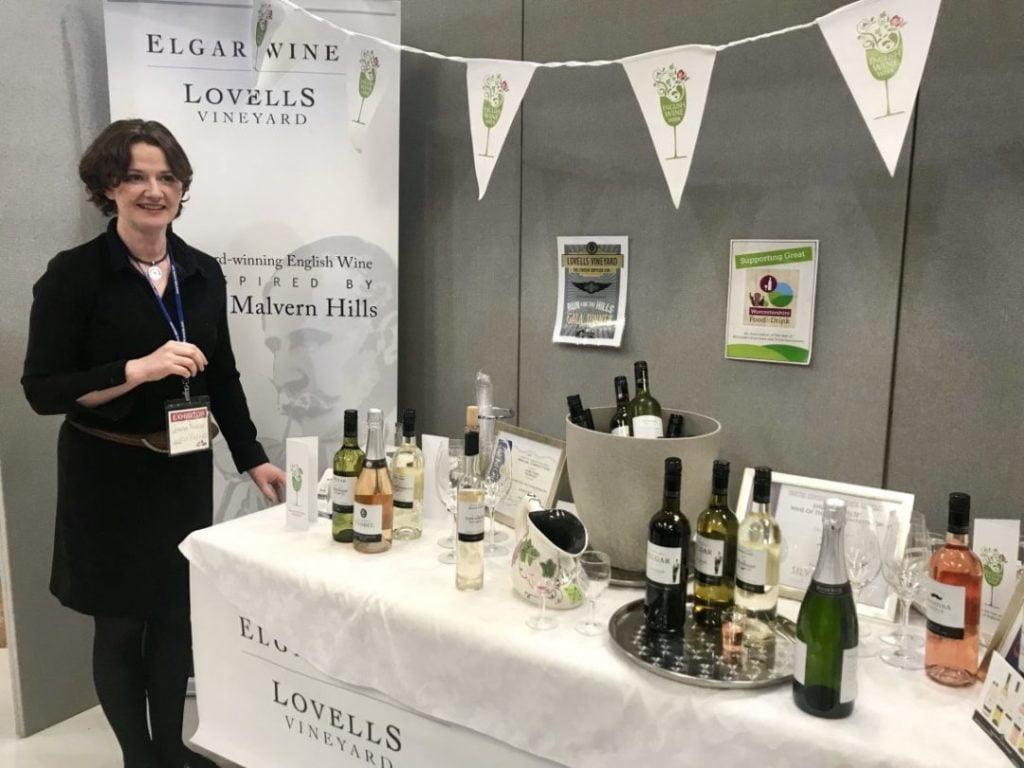 We’d spent much longer at the Food & Drink Tradeshow than we had expected as there was so much to see, and we had a great time talking to the exhibitors. It’s a free event to visit and very worth going along to if you’re in the biz.  If you missed the show this year, don’t worry as it’ll be back again in 2019 on 1-2 May so make sure you make a note in your diary. Now back home we’re looking forward to putting our feet up and working our way through the goodies we picked up from the show.