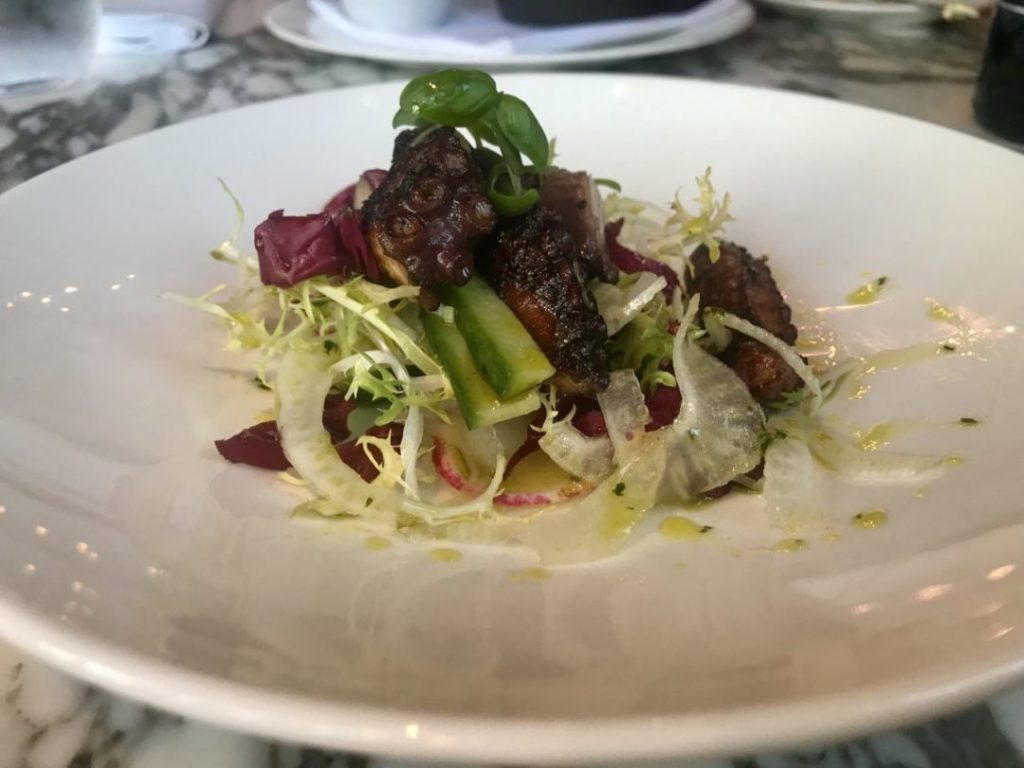 It’s not often you’d find a reason to stay in a hotel that is as close to home as The Lygon Arms in Broadway is to us, located just 16 miles away and in the same county. That being said when one happens to be fortunate enough to live on the border of beautiful Worcestershire and the Cotswolds, then it’s no wonder that we don’t have to travel too far for a luxurious get away in one of the country’s most iconic hotels. A recent £4 million refurbishment and expansion took place over a period of 18 months at The Lygon whilst the hotel was still open to guests, and was completed by the Autumn in 2017.

The hotel has retained much of its Tudor features (a building which has a history believed to reach right back into the 1300’s), and has seen a long list of important guests including King Charles I who stayed there before battle during the English Civil War in 1649. In more recent times The Lygon Arms has attracted celebrities for its historic prestige and has hosted big show biz names such as Richard Burton and Elizabeth Taylor (who stayed in 1963 at the height of the scandal surrounding their affair), as well as politicians, prime ministers and even Prince Phillip according to the website.

We were delighted to have been allocated one of the brand new rooms ‘Worcester’, which we presume was named in reference to when Oliver Cromwell stayed at The Lygon before the decisive battle of Worcester in 1651. The room which overlooks the courtyard is modern in décor and immaculately clean, with the finest attention to detail. We find time to make use of the swimming pool and Jacuzzi before enjoying a pre-dinner drink in the new Lygon wine bar and dinner in the Lygon Bar & Grill

Since the refurbishment, the stylish new wine bar and grill now has a contemporary and far more informal feel compared to the rest of the building. We walked through the restaurant, which boasts a relaxed brasserie style eating space, to make our way to the bar where we enjoyed a pre-dinner cocktail made by an experienced mixologist. Sitting at the bar gave us time to read the menu created by head chef Ales Maurer, which offers a seasonal British fare inspired by its English heritage

At the table a freshly baked warm, granary loaf with butter sprinkled with flakes of sea salt was brought out after we placed our order. The starter choices didn’t wow me on our visit so I struggled to come to a decision. Although I’d imagined The Lygon Arms twice baked cheese soufflé (£10) to be quite heavy, it seemed to be a good option being as it was their signature introductory dish. When presented in front of me in the cast iron pan it had been baked in, the cheese soufflé although decadent, was in actual fact fluffy and delicate, and not at all heavy. A side salad made up of fresh, crisp seasonal vegetables and a simple dressing was precisely what was needed for a cool crunch and texture on the palette that worked so well with the soft, pillowy soufflé.

A much lighter dish with a burst of colour sat across the table from me. Mr R had opted for the grilled Atlantic octopus (£11), fennel and radish. The tentacles were succulent and a million miles away from the chewy, rubbery texture that can sometimes be the result if left in the wrong hands. A 10oz Ribeye steak follows (£29), cooked rare as requested and melted in the mouth as so often is the description of a perfectly reared and cooked piece of meat. Grilled tomatoes and a bernaise sauce is simply all that’s needed to compliment the excellent steak, but Mr R was tempted by the creamy spinach and cauliflower cheese sides (£4). Although very good (particularly the cauliflower cheese), with the generous portions served up we could have lived without them. We never learn!

Again, whilst earlier studying the menu I had struggled to settle on a favourite, mainly because we’d eaten out the day before and I fancied trying something new. It was a birthday celebration so it had been a week of intensely rich food. Bubble and squeak (£15) was an unexpected dish to see featured and I was intrigued by how a more refined version of a dish usually thrown together from leftovers would be executed by The Lygon’s kitchen team. The large cake made up of potato and vegetables sat in a rich and creamy hollandaise sauce, with a simple poached egg on the side. It was comforting, moreish and despite not being something I’d have usually thought about choosing in a restaurant, I’d definitely order it again having enjoyed The Lygon’s bubble and squeak so much. Only next time I’d have to forgo the starter as by now I’d eaten too much.

There’s always room for dessert, and certainly for a Bakewell tart with strawberry ripple ice cream (£7). Instead of a pastry cased tart, the sweet, almondy pud was in the form of a spongey cake. It was more of a Victoria sponge, but with a denser texture that had been filled with raspberry compote. The best bit being that it came served with a scoop of silky, smooth raspberry ripple ice cream that left me feeling just as excited as I did when I used to queue for screwballs outside the ice cream van as a small, and as a slighter larger child. After dinner all that was left to do was to enjoy the wine that we hadn’t quite finished, which we took outside to spend the rest of the warm spring evening in the courtyard. 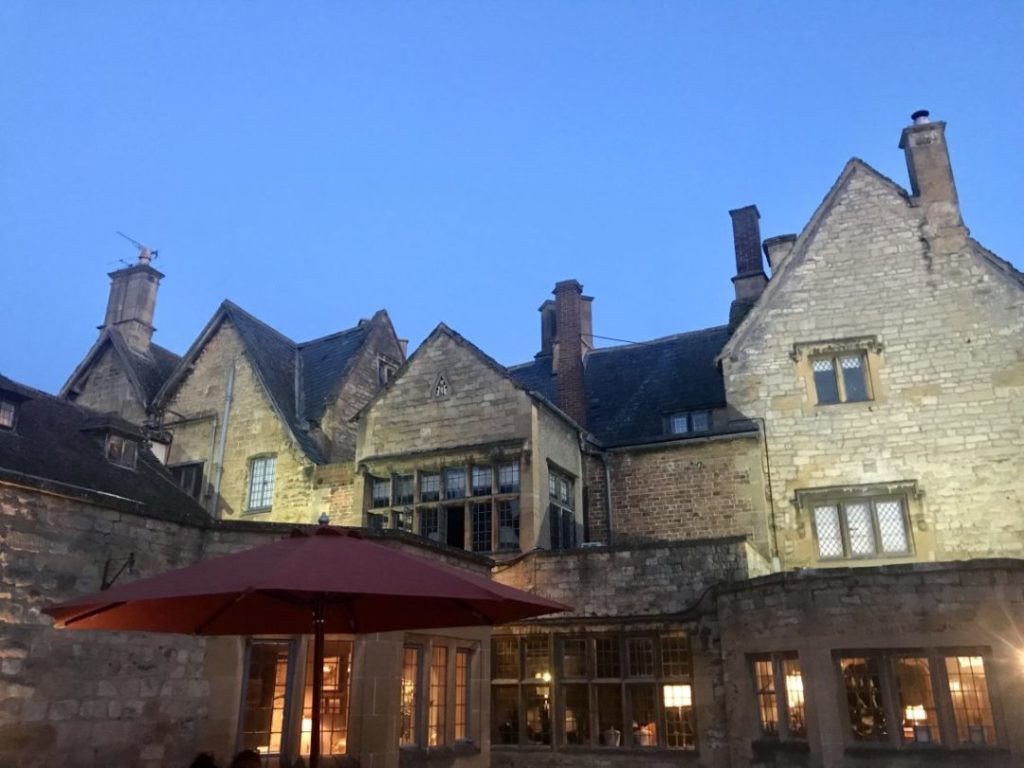 Cost £76 (food only and before discount)

*Although we received a 20% discount on our total food and drinks bill on this particular visit, as ever my words and photos are my own. Thank you again to all of the front of house, bar and kitchen team at The Lygon Arms for hosting us and making us feel very welcome.