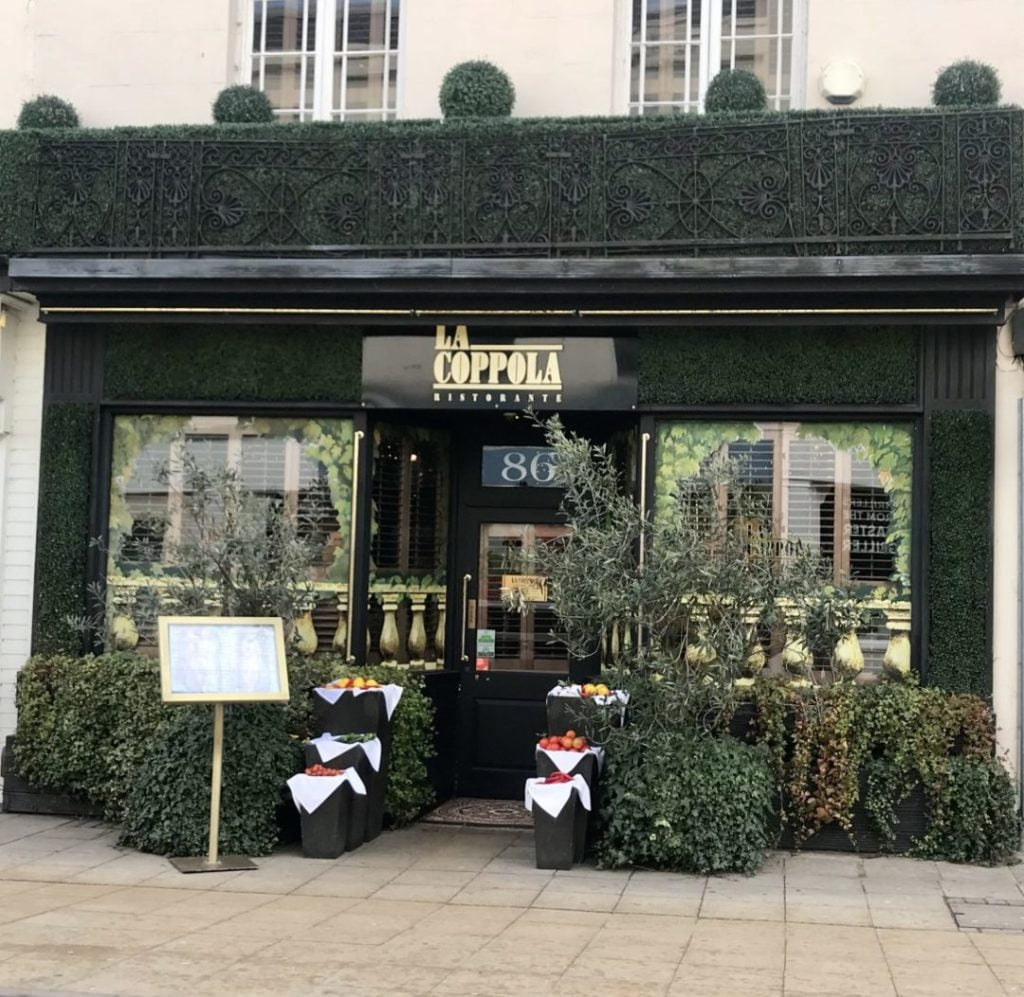 If you’re visiting the town, then you simply can’t help but notice Leamington Spa’s most popular restaurant on Regent Street. La Coppola has been established for 10 years and has a reputation with locals and tourists alike, which ensures a full dining room during every service. The façade of the building is decorated with faux grass, greenery and plants, with an array of colourful vegetables on display leading up to the entrance. The unique Italian countryside theme is sure to make all of La Coppola’s guests feel as if they’ve been teleported into another country or maybe another world entirely! 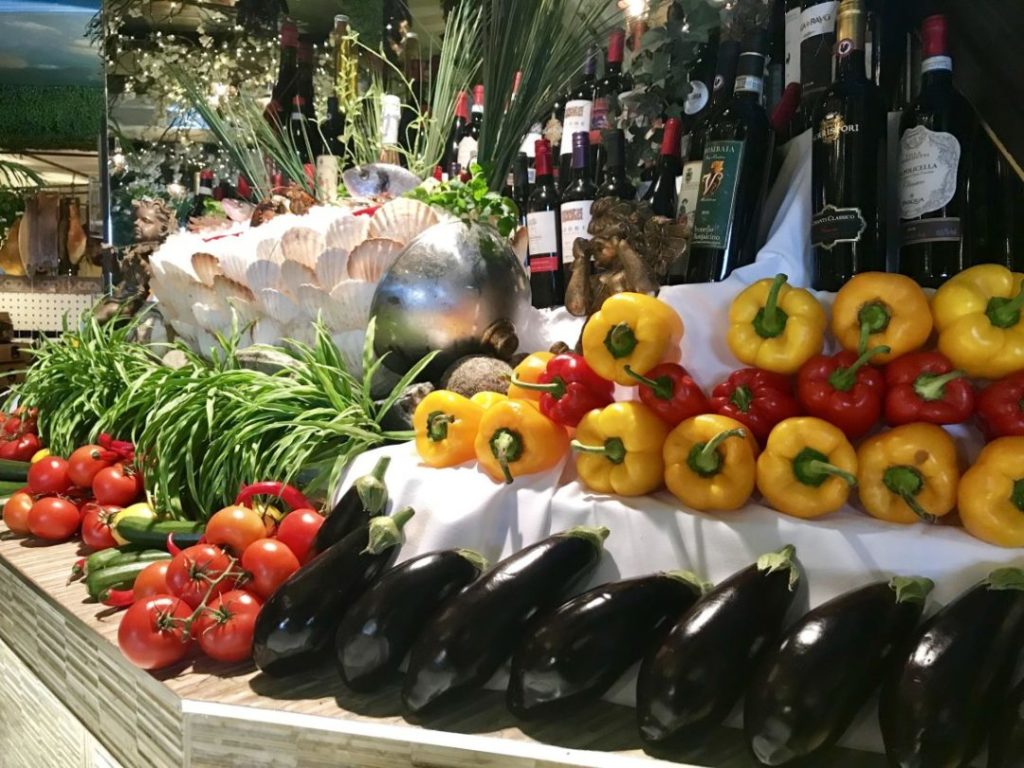 When we were last in Leamington we visited Meatcure and Restaurant 23 which sadly have both since closed. Thankfully our favourite brunch spot Coffee Architects is still going strong so hopefully it’s safe to say I am not jinxing Leamington’s best eating spots. Mr R had been wanting to take me to La Coppola for some time as he knew I’d enjoy the whole experience and today was the day. Unsure if we’d secure a table on a busy Saturday lunchtime we gave the restaurant a call, but as we were early and could make it for just after midday we were in luck. We were seated at an intimate table for 2 in between a tree espaliered around a pillar and a table full of fresh fish and produce – quirky. 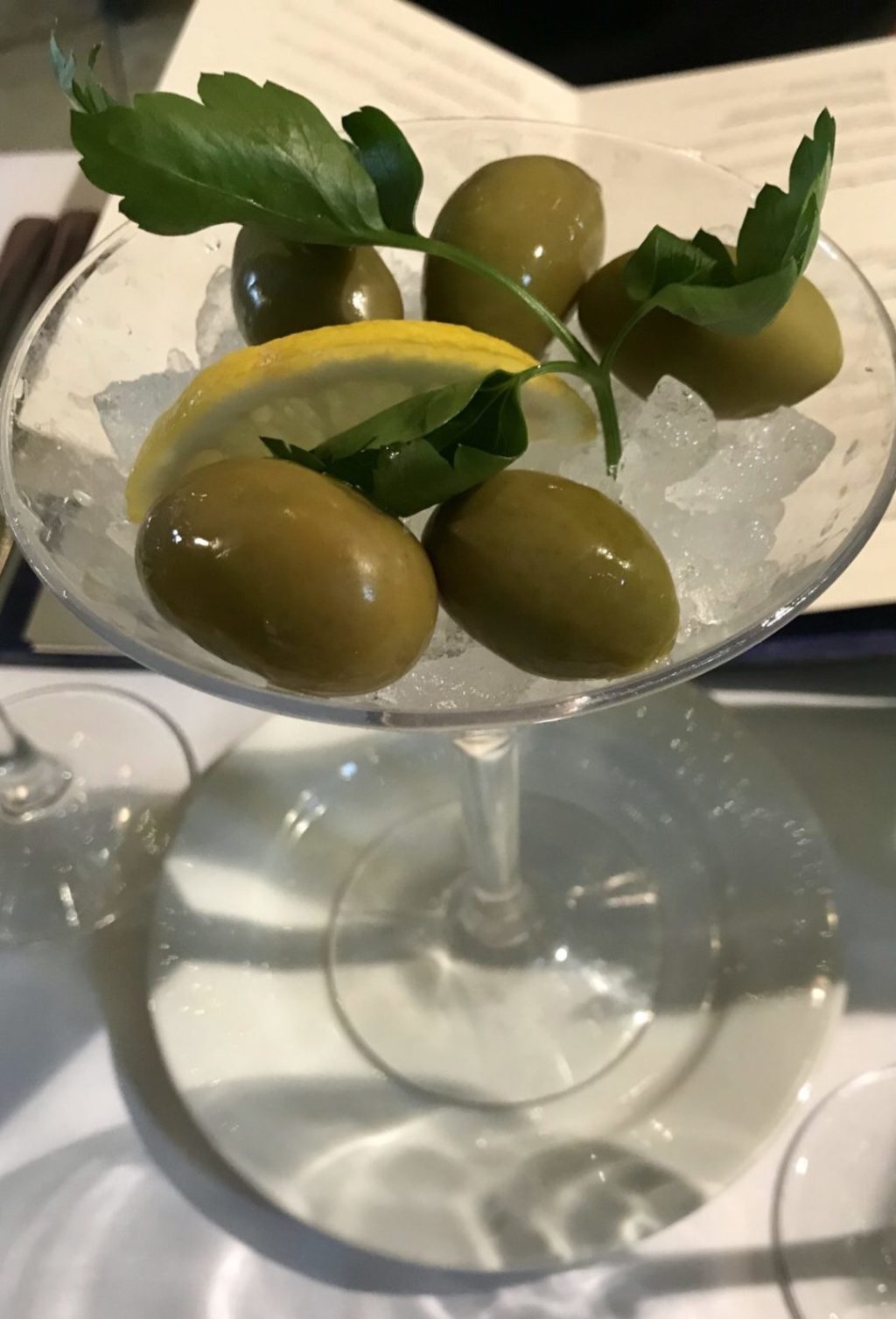 The servers were dressed in white waiter costumes that would look ridiculously out of place if they were to step outside of their little piece of Italy, but for those inside the restaurant sitting amongst the trees, foliage, grass walls; those white outfits seemed perfectly ordinary. The main menu although Italian, had a strong fish / seafood theme, with an additional fish specials menu making it even harder to choose. Meanwhile our waiter bought some green olives on ice for us to nibble on. The restaurant began to fill up with groups of tourists who had clearly all come for one thing, but what was it?

We’d eaten pizza the night before at Union Bar in Stratford-Upon-Avon, so that was one whole section we could take off the list. Our focus was now firmly on the pasta dishes, which if were anywhere near as bold as the décor of this place, would surely be spectacular. First up we ordered a couple of starters to share from the antipasti selection. I chose the arancini (£6.90). You know? Those bite sized rice balls which are more of a snack than a starter. Well, not here. The 2 giant sized, crispy arancini balls had been stuffed full with a wild mushroom and melted mozzarella centre. They sat in a tangy tomato sauce and were like no other arancini we’d had before. Recommended!

The Campania mozzarella (£7.80) was a seemingly more simple choice of starter. Simple maybe, but by no means boring. The extra creamy buffalo mozzarella sourced directly from Italy’s Campania region made this a real treat for us. The added mint, chilli and marinated green tomato sauce garnish were all lovely, but we would have quite happily devoured a ball of the fresh mozzarella with nothing more than some good quality Italian olive oil drizzled over the top, and some freshly ground black pepper.

As the main courses began to arrive in front of the other diners, we noticed that 2 entire tables had ordered the same thing, the spaghetti all’astice (£14.85). Theatre – this is what they’d come for. We watched spectator style whilst waiters poured brandy over each spaghetti and lobster dish and set it alight. The fascinated tourists filmed the Insta-worthy show on their smartphones ready to upload to their followers, who’d subsequently be making their way to Leamington to watch the show for themselves. 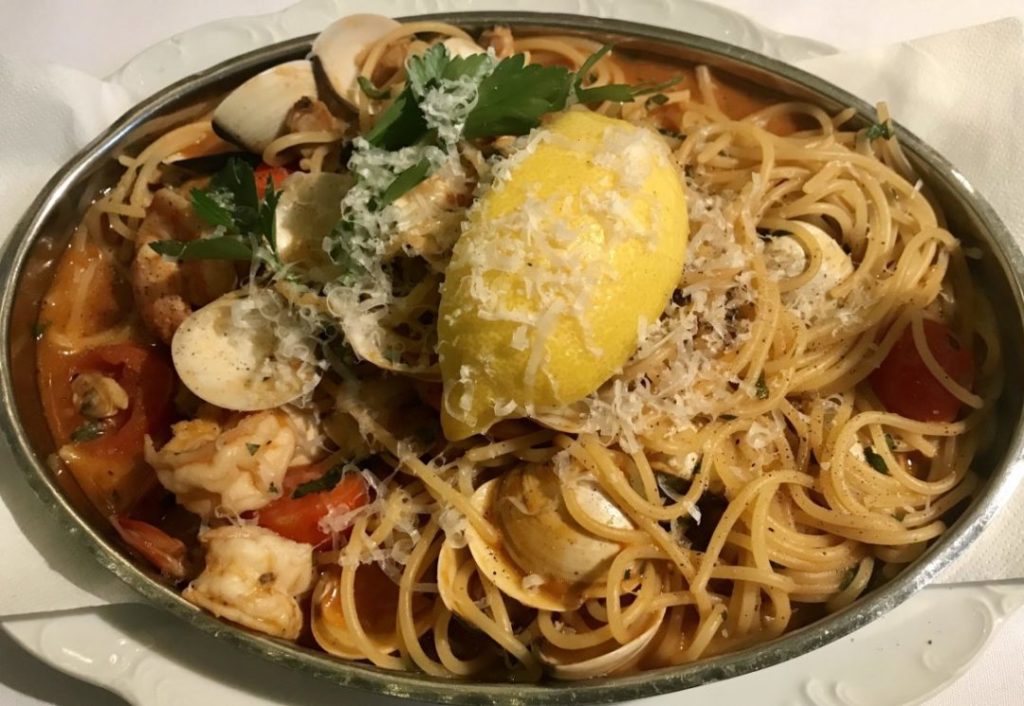 Although my pasta dish hadn’t been set on fire, the rettangoli con salmone aneto (£11.50 on menu, although we were charged £13.95) did come in a very bright pink vodka & pink peppercorn sauce (with a touch of tomato & cream). The fresh pasta parcels were filled with salmon & dill and it was a very tasty and filling meal. Next time though, I’d probably try something from the fish specials as I’d like to see what the chef is doing with the lovely fresh seafood they source from the fish market. Slightly less drama surrounded the bowl of spaghetti con vongole e gamberoni (£11.95 on menu, although we were charged £12.95) chosen by Mr R. The flavour relied on clams, tiger prawns and seasoning of garlic and chilli rather than a distracting and colourful sauce. It was probably the most ‘usual’ style Italian dish that we’d seen during this visit, but from the moment I stepped foot into La Coppola, predictability was never on the cards.