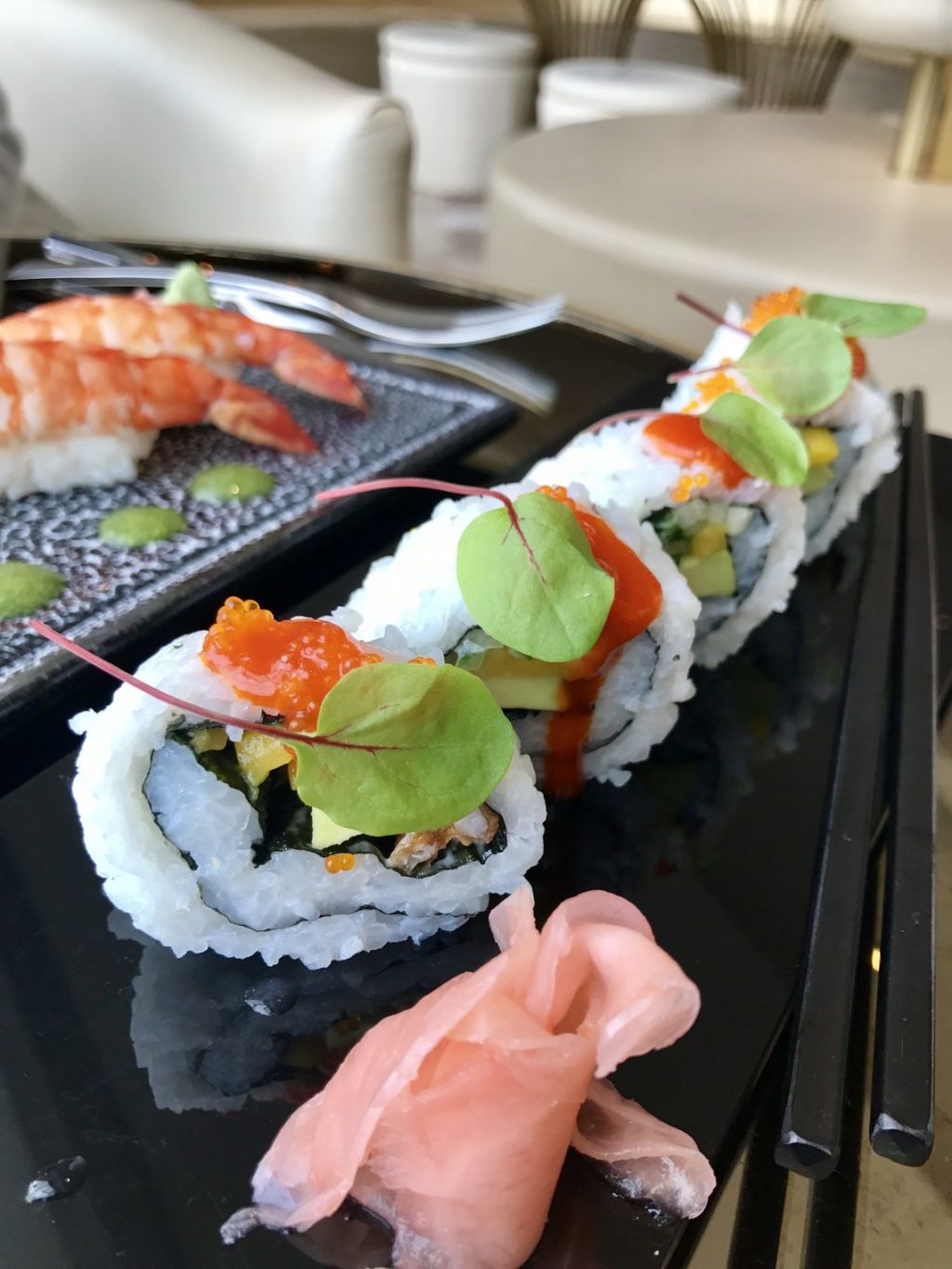 A work trip visit to the Autumn fair took my Mum and me to the NEC in Birmingham. After browsing the show we headed towards Resorts World, thinking we might find a drink and a bite to eat for lunch. The huge leisure centre comprising of a casino, health spa, cinema, gaming and entertainment centre, hotel, shopping and dining, was just a short walk away from the exhibition hall. Having never visited Resorts World since it opened towards the end of 2015, I was intrigued to have a look inside.

A choice of popular restaurant chains were open for business, including; Las Iguanas, Pizza Express, Nandos and TGI Friday’s to name just a few. We explored each floor, firstly taking a look at some of the shops on the ground floor. Resorts World has over 50 shopping outlets, so it’s worth noting that there are some serious savings to be made (ok, I digress slightly from the subject of food), and it is definitely worth a trip back for the shopping alone.

If we had arrived a little later we would have liked to have tried Andy Waters restaurant, which opens from 4:30pm, and yet offers another reason for a return visit. Instead we headed to the 5th floor and found ourselves at The Sky Bar.

Aside from having incredible views (which I only imagine look even more impressive when all lit up at night), the cocktail bar and restaurant area had a very modern and refined feel about it. We were greeted at the door by a waitress who handed us some menus and explained that the food was Teppanyaki style and made to order. My Mum, who isn’t a great lover of raw fish or sushi for that matter, checked that there were other options before we sat down at a table by the window.

We perused the small plate dishes and took the opportunity to get a better look of the view from the Sky Bar balcony, which was being used by guests even on a dull September afternoon. There were outdoor heating lamps, comfortable seating and my Mum commented that it was great to have somewhere to go outside, should you be a smoker, without having to go back downstairs. We ordered a glass of prosecco each and our waitress suggested that we start with 4 plates between us.

Ordering from the kaiseki lunch menu, we chose the duck hirata (a steamed Japanese style bun), the tiger prawn nigiri, chicken yakitori (chargrilled skewers in a teriyaki sauce) and a plate of soft shell crab maki rolls. My Mum and I have both had duck hirata buns on many occasions and they’re a firm favourite for both of us, so we were particularly looking forward to trying these. When they arrived, the buns were very generous in size and were packed full with shredded duck, soy sauce and a good kick of chilli. These were amongst some of the best we had tried and we were very pleased with our choice.

The chicken yakitori skewers arrived along with the duck hirata buns and were topped with sesame seeds, finished with a garnish of carrot and shredded red cabbage. The teriyaki sauce was deep in flavour and the whole dish looked very appetising, with vibrant colours giving a stunning contrast to the white granite effect plate they were presented on. Again the tiger prawn nigri plate was very ample in size, and all of the ingredients were notably fresh. The sushi was accompanied by a cucumber ketchup (beautifully dotted along the serving plate), pickled ginger (presented as a rose shape) and wasabi paste.

The final dish to sample was the soft shell crab maki rolls, and these were what I was most looking forward to. The rolls came with the same condiments as with the prawns, and after trying one each we both agreed that they would have been complimented with a splash of soy sauce which was not offered. We decided not to ask for any only because these were the last of our plates. I still found the crab rolls to be exceptional and I was particularly fond of the fish roe and tangy, nicely warming sauce that was drizzled over the top. A little heads up if you’re used to the wasabi found in packets at the supermarket, this wasabi paste is hot hot hot! I may have taken a little more than I needed on first taste and had fully leaned my lesson by the last roll.

I would agree at this point that 4 plates was enough food for lunch, and for 2 people, however we were still thinking about those sticky duck buns. After looking again over the menu, the only other dish we would have liked to have tried was the Chicken Gyoza, and of course it was the only thing they didn’t have available on the menu. So, I ordered another glass of prosecco (my poor Mother was driving), and we couldn’t resist ordering a second plate of duck hirata. Yum.