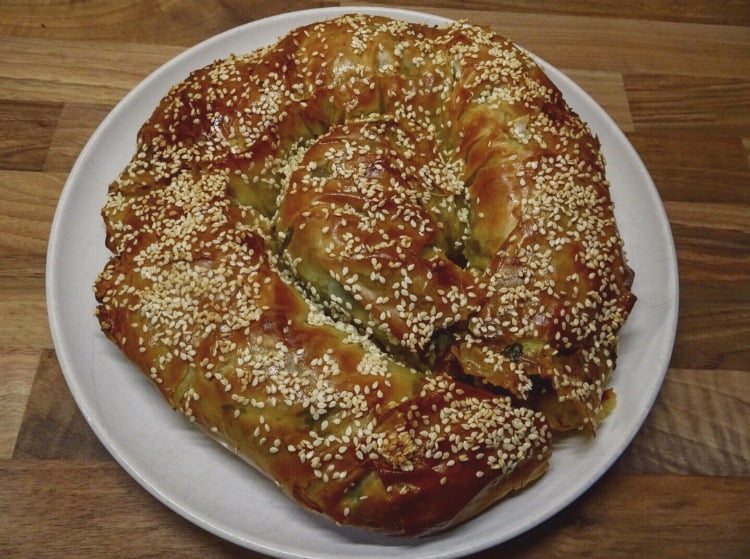 When a saw a photo of this spinach and paneer filo pie by blogger Colonial Cravings pop up on my Twitter feed, I wanted to devour it immediately! Like anything worthwhile though, you actually have to put some work in to make it happen. I rushed straight out to get the ingredients and made my very own paneer pie. Although I found elements of dealing with the filo pastry a little tricky, the results were worth every bit of effort.

Pre-heat your oven to 200°c and lightly grease a baking tray.