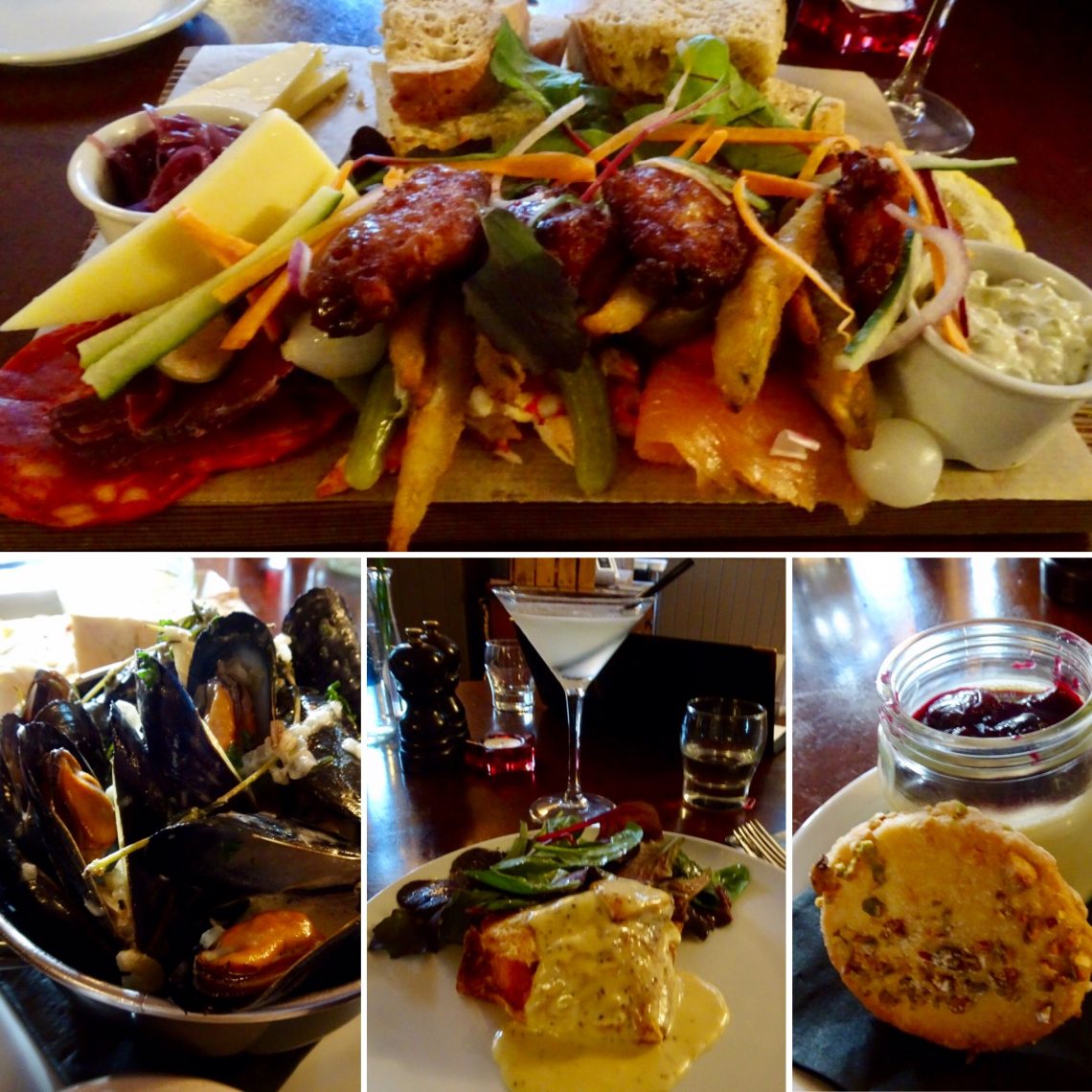 Having grown up in a village near to Evesham, unsurprisingly I knew of The Royal Oak, but not for any particular reason over the past 20 years since moving away. My ears pricked up when I heard about the recent popularity of the Worcestershire pub. The Worcestershire What’s On Awards were announced just a few weeks ago and The Royal Oak were the winners of their category ‘Best Independent Restaurant in Worcestershire’. Good news travels fast. Local people were talking about the great food and the new award-winning team which included Chef Alistair Barlow in the restaurant’s kitchen.

When we approached The Royal Oak on Vine Street in Evesham there were tables and seating outside the front of the pub. It was a sunny Saturday lunchtime, probably one of the first we’ve seen since Spring crept upon us and people were making the most of it today. We walked inside to the bar area and the first thing I noticed were the dog bowls on the floor. As a dog owner myself, it’s always good to find pubs and restaurants who cater for our four legged friends. It was only after our visit that I read a comment on Facebook about the dog menu which apparently The Royal Oak offer and they will donate a proportion of the cost to the Dog’s Trust. You can’t get more dog friendly than that!

We had pre-booked our table so were taken straight through to the restaurant behind the back of the bar. There were 2 large groups close to finishing their lunch and a couple of other tables occupied, but everyone else was outside on the terrace area which we could just see through the window. The décor was fun but remained authentic to being a pub. Oddly refreshing not to be surrounded by expensive furniture and Farrow & Ball painted walls. Instead were some lovely food quotes printed on some of the walls, a huge ornamental silver knife and fork either side of the mirror and a chalkboard crediting the local suppliers they were proudly sourcing their food from.

The cocktail of the week was a thirst quenching pear and elderflower martini, it sounded delicious. I started with one of those, Mr R missed out as he was driving that day. The lunch menu looked really good, we wanted to order a selection, choosing was difficult. We decided upon the mixed sharing platter which was described as the ‘mixed deck’ – the one to choose. Rather than the more familiar sharing board style of bits and pieces having their own little areas on the board, this was stacked high. Peaking through were some lovely cured meats on the bottom, along with smoked salmon, pickles, pickled white onion, capers and chilli pearls (still trying to find out where I can buy some of these). Then layered on top were some crayfish, blanch bait, spicy chicken wings, some cheese, a mini fishcake and little pots of homemade tartare and red onion chutney. It was like a treasure trove of delightful treats, something else uncovered every time you took something off the board.

To follow the platter I opted for the butternut squash & sage stuffed pancakes with goats cheese sauce from the ‘little & large’ section of the menu. My partner went for the moules mariniere from the same selection. We ordered the smaller sizes for both which were ample portions. The pancake was really tasty, the accompanying goats cheese sauce was rich and creamy. Even without the sharing board I may have struggled with the larger portion size for lunch as it was deceptively rich, but really very good. I tried one of the moules which unfortunately I took a bite into a gritty bit, but the sauce was lovely and the mussels were obviously very fresh, they can be tricky to get completely clean.

The lemon posset seemed like the perfect way to end this fantastic lunch. We decided to share one as well as some Bennetts Ice Cream sorbets. The posset was divine and was topped with a blueberry compote, it also came with a gorgeous pistachio biscuit but the sorbets were the showstopper for us. We were still talking about them the next day, absolutely superb!

The 2 young waitresses who served us throughout were really friendly, attentive and were obviously passionate about the food they were serving. It’s great to see a more traditional town pub and restaurant like this one being recognised for its efforts. Good service, lovely pub and great food.