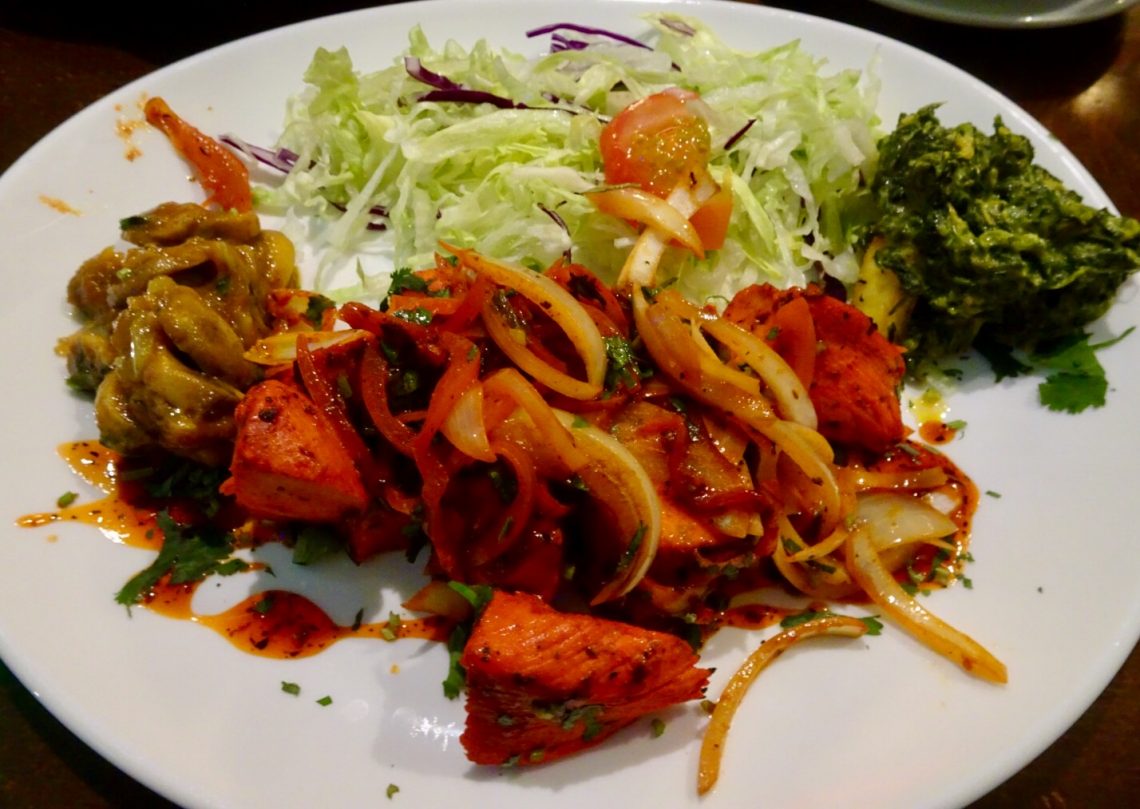 Shunarga came up in conversation between some colleagues at work recently and to be honest I’d completely forgotten about it. Indian food  is one of my major weaknesses (I eat far too much of it when given the opportunity) so tend not to choose it as an option when eating out too often. Usually my first choice would be Pundits in Upton-Upon Severn and then Jimmy Pickles if eating near to home and around Pershore. As the seed had been planted I mentioned the conversation to my boyfriend that evening and it turns out that he and his family had been visiting Shunarga for years and were in fact friendly with the owner Abad.

The last time I went to Shunarga would have been probably around 6 or 7 years ago and had remembered the food being ‘ok’ but not as good as the other Indian restaurants I mentioned earlier, so I guess that’s why I stopped going. Anyway, I was intrigued to find out if I had been missing out all of this time. My boyfriend was working late on a Wednesday evening and about an hour before he was due home it occurred to me to suggest tonight to be the night! We got there just before 8 which is quite late for us to eat out usually and the restaurant was just under half full but there was one large group and a few tables of 2 and 4 seated. The waiter gave us the choice to sit anywhere we liked so we sat towards the back of the restaurant – I wanted to try out my new camera without the other diners watching me photographing the food!

Abad came over to chat to my boyfriend and we were introduced. The waiter came back to take our drinks order, he was a very abrupt man. I don’t think he was intentionally being rude, more that it was just his manner. The tables, cutlery and menus were all looking a little tired and there was an overall feel that the restaurant would benefit with a little attention in these areas. I didn’t want to judge any further until I had tasted the food. The poppadoms came out and unfortunately were a little chewy, a bit like they had been left out for a while and not crunchy as you might expect. They were accompanied with chutney, pickles, chopped onion and a green yoghurt sauce. We waited quite a while for the starters and we had hoped this would be because everything was being made fresh to order. My prawn pathia on puri was in fact fresh. It was tasty, really enjoyable and even though maybe a little too hot for my preference (it did say the sauce was fairly hot on the menu) I ate it all because it was a lovely plate of food. My boyfriend was pleased with the Trio Kebab starter that he ordered too.

When the waiter took our plates he asked if we’d like our main courses straight away or if we’d like to wait. We said we would have them when they were ready as we were already eating late. We also asked him to change the coriander and chilli naan bread we had ordered to a Peshwari naan as my mouth was having a chilli meltdown. I’d ordered the tandoori chicken tikka which arrived sizzling with peppers and onions. Our waiter served it from the sizzling dish on to a plate for me. My boyfriend had the main course version of my pathia starter but with chicken instead of prawns. We shared a side order on saag paneer and a mushroom bhaji as well as the peshwari naan. The sauce and flavours on my chicken were delicious and would have been exceptional if the chicken hadn’t been over cooked. It wasn’t so overcooked that I couldn’t eat it, just not juicy and succulent but it wouldn’t put me off ordering the dish again. The naan bread was soft, fresh, doughy and really moreish. The vegetable side dishes were good too and the portions were more than adequate for price and quality of the food.

The waiter didn’t come back to take our plates, he was arguing with someone on the phone but eventually we got his attention and he bought us some hand wipes and the bill with some mint chocolates. I found out that they deliver locally and as I live in the outskirts of Pershore it would seem this is one of the few delivery takeaway options I have. We are planning on giving that a try one night as you can order via the Just Eat website.

Overall I wouldn’t say Shunarga was my favourite Indian restaurant, but it was good and I will be going back again as well as trying the delivery service.