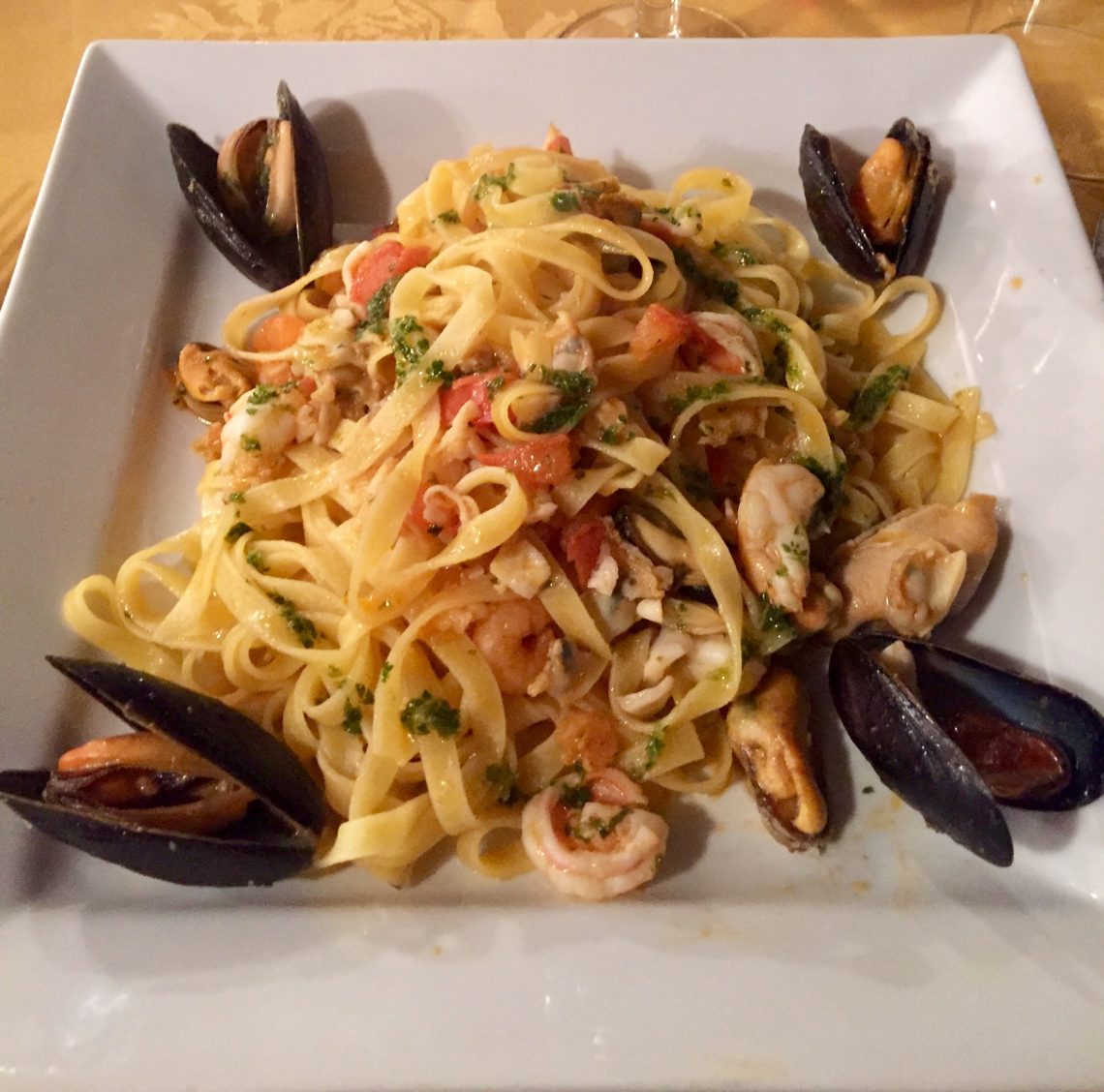 The Royal Oak is the closest pub / restaurant to where I live so of course I’ve been wanting this place to do well and serve good food. Sadly for the past few years this hasn’t been on offer and it’s seemed that the Royal Oak has very much remained a locals drinking pub rather than an all round good pub and restaurant to eat and drink in.

When I heard the news recently that new owners had taken over yet again I felt a combination of reluctancy but also excitement about going along to sample the new menu. I’d heard that an Italian family had moved in, so loving Italian food as I do it was tempting to give this another go. Initially I asked friends, family and colleagues if they’d been yet and many of them had said they were waiting for somebody else to go and report back. Eventually I persuaded my Mum and Dad to go with me a couple of weeks after they first opened. In all honesty we didn’t have the best experience during our visit, however we did take in to consideration that the restaurant was still in it’s bedding in period.

Since then a friend and colleague who loves all things Italian and is a great cook himself had been as a group of 4 to The Royal Oak. He insisted that everyone in his party had a great meal and that they would be going back to try more of the menu. This recommendation made me curious so I fed this back to my Mum and Dad who agreed to go back with me on a Tuesday evening in March.

The pub was fairly busy when we arrived, lots of locals were drinking as well as standing outside smoking. We walked into the restaurant which was empty apart from one other table of 2. We looked at the wine list which offered a limited choice and there was a big jump in price from the house wines to other more expensive options. It would have been good to see more of a selection of the (affordable) wines on offer. We tried both of the red wines in this category and would suggest from a diners perspective that there definitely needs to be a greater choice. I wanted to try something from the starter menu so we went for the garlic bread / garlic bread with mozzarella to share. It was presented as 4 slices of bruschetta with melted mozzarella on 2 slices and garlic butter on the other 2. It wasn’t a particularly exciting starter, but I probably didn’t make the best choice either. I’ll give something else a try next time.

We each ordered a different pasta dish. My Mum went for the spaghetti Bolognese, I chose the seafood tagliatelle and I think my Dad had the Penne Arrabiata? My seafood pasta was extremely tasty, very simple but full of flavour. The fish was fresh and well cooked and although the portion was quite large I couldn’t stop eating it until it was finished which is always a good sign! I tried both my parents pasta dishes which I thought were equally as good and said they enjoyed them too. The dishes were cooked in a more authentic Italian style than maybe we have been used to at some of the other local Italian restaurants, so it was quite different in comparison. To reiterate though, the food was well cooked and very tasty.

Although we were full, we were also curious to try one of the desserts mainly because we weren’t sure what it was. I’m still not in fact, as I’ve looked on The Royal Oak’s website and can’t find the dessert menu. It was kind of a take on a mille feuille served with chocolate and cream. The pastry was absolutely stunning and the combination of the chocolate and light cream complimented it really well. It was so good that we even recommended it to the other couple who were sat having their main courses when we’d finished and walked past them when leaving.

I think Da Tony has a real chance of making The Royal Oak a success in Kinnersley but there does seem to be a bit of work to do in turning this ‘locals’ drinking pub into a full restaurant serving authentic Italian food, hopefully with a more extensive wine list and support from the ‘locals’ in going here to eat. I’m definitely going to go back again soon, next time with my boyfriend to try some more dishes from the menu and keep suggesting to my colleagues and friends they should give it a try.