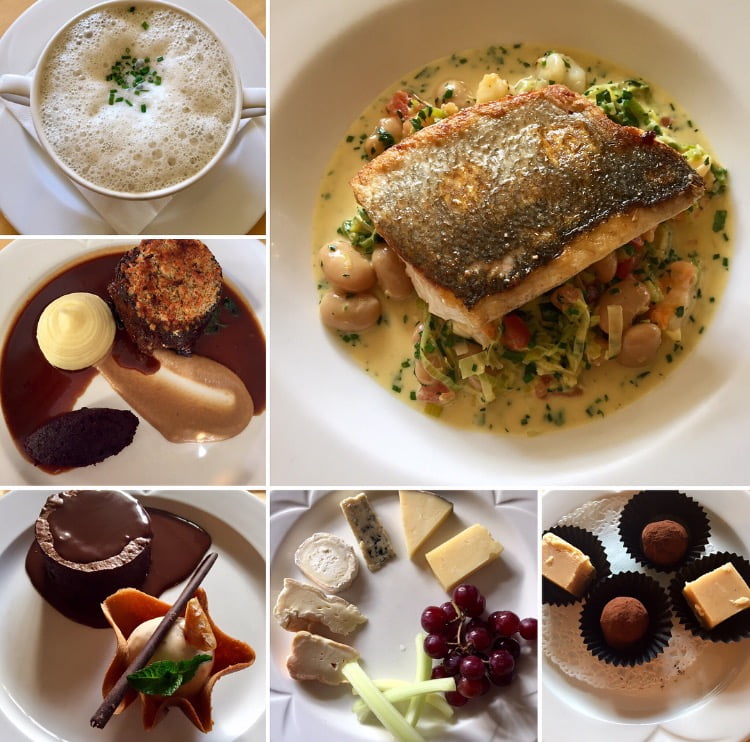 We had planned to cook together on the Saturday evening. I was going to try an oven roast stuffed peppers starter recipe that a friend had given to me followed by a mushroom risotto that my boyfriend would cook for us. We hadn’t really got a plan for the day so I suggested we go and get some lunch somewhere, but had no idea where I wanted to go. I asked my boyfriend what he fancied to eat and he suggested a sandwich or burger. Both sounded good to me, but then I remembered a good friend of mine had told me a few times about going to The Venture In with her husband, often they’d go for anniversary’s or celebrations. I’d always wanted to go and had no idea if the food was still as good as my friend had always said it was, so I dropped her a text. My friend said it was lovely but warned us that the food was very rich. We gave them a call and they were able to fit us in for lunch.

When we arrived in Ombersley we were a little early for our reservation, so decided to have a browse in Checketts of Ombersley, which if you haven’t been is a fantastic all in one butchers, deli, fishmongers, gift shop and coffee shop. We bought a few bottles of wine and made a quick escape before things could get too carried away – it was a foodie’s heaven in a shop!

Next stop, The Venture In. We walked into the beautiful old building and were greeted by the maître d’ who seated us in the cosy bar area and asked if we’d like to have a drink, he gave us a description of the specials and allowed us to peruse the lunch menu. The open fire had been lit which added to the traditional, homely feel of the restaurant. I ordered the soup of the day which was mushroom with a truffle foam, followed by the seabass fillet from the specials menu which came with prawns and mussels. My boyfriend went for the smoked haddock boudin starter and the slow cooked blade beef.

Our maître d’ allowed us to enjoy our drinks in the bar for a little longer and then took us through to the restaurant where we were served some homemade rolls by the waitress. The rolls were gorgeous and like everything else at The Venture In reminded me of some of the restaurants my parents used to take us to as children. The décor, crockery, furniture, table cloths; everything was very traditional and actually a very refreshing and comforting change from much of our recent dining experience.

My soup was presented to me in a small bowl, it almost looked like a big cup of cappuccino, that was until I tasted it. This was the best mushroom soup I have ever eaten, it was absolutely stunning. The flavours were intense and rich as my friend had suggested it would be, yet entirely warming and so moreish. I tried my boyfriends smoked haddock starter which looked lovely on the plate and again was equally as satisfying and enjoyable as you would hope it to be.

The main courses were again very rich and intense in flavour, looked incredible and everything was cooked to perfection. We also loved the accompanying side of green beans and light tempura root vegetables. This was clearly a chef who sourced exceptionally quality ingredients and knew how to cook them. This lunch was exceptional. We’d usually pass on the dessert, especially at lunch and although we were both completely full, we just had to have more.

Before we’d even ordered our food, my boyfriend and I both agreed that we would share the chocolate brownie and the cheese course should we make it thus far. So when the waitress took our empty plates, we told her there was no need to bring the dessert menu as the decision had been made. We shared the brownie first and both agreed it was possibly the best brownie either of us had ever had. For 2 people who don’t have a sweet tooth and rarely order puddings, this brownie didn’t stand a chance!

I have no idea how we managed to eat the cheese after everything else, but we did. A great cheese selection and I loved that the biscuit selection included digestives and water biscuits with some celery and red grapes. It’s really all that is needed to accompany good cheese in my opinion.

We asked for the bill and were served some homemade truffles and fudges and we had a chat with the maître d’ and told him how much we enjoyed everything. Needless to say our dinner plans were put off until the next evening.