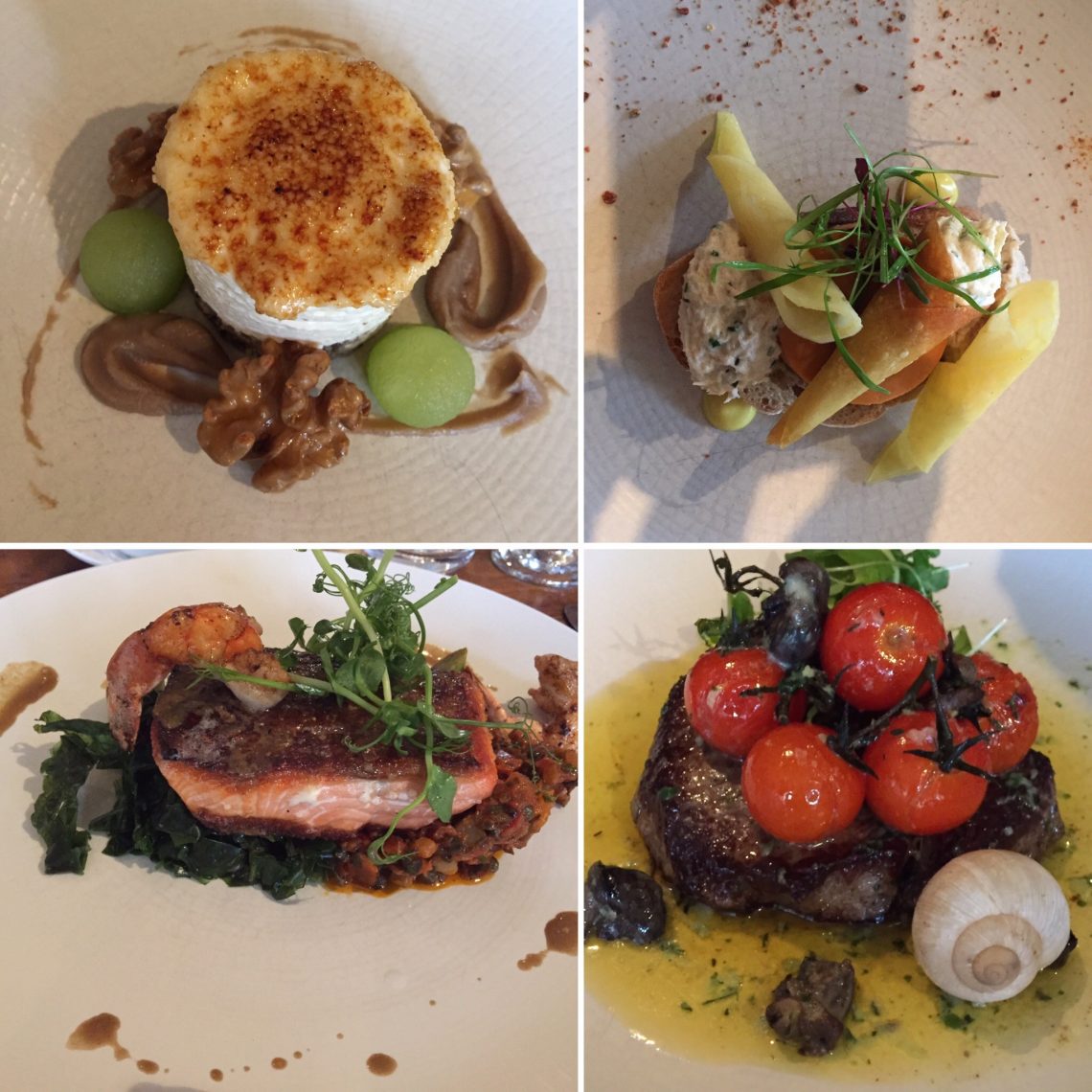 We’d decided on the Friday that a mooch around Stratford would be a good idea as there’s a Thai tapas restaurant we wanted to give a try. Whilst I cooked my boyfriend and I a ‘tried and tested’ and very lovely mushroom Farfalle, (Jamie Oliver recipe) we began the evening as we intended to go on with a couple of very generous Bloody Mary’s. Before I knew it he had booked us a table for lunch the next day at Russell’s in Broadway. I had never been before (he had) but I’d heard from various friends that is somewhere I really must try!

In the morning (late morning I hasten to add) we woke up and remembered we had made a lunch reservation so headed out to the Cotswolds. We arrived at Russell’s and immediately as we walked in were welcomed by a very friendly gentleman behind the bar who seated us in the restaurant and a waiter promptly came and took our drinks order. Feeling a little worse for wear and unfortunately I was driving, but the bar waiter whipped me up a very refreshing and much needed orange juice and lemonade. My boyfriend had a large gin and tonic followed by a large glass of red wine.

We perused the menu and everything listed sounded just fabulous. The ambience in the bar / restaurant was so inviting as were all of the staff, so we just knew we were in for a treat. Our waiter took our order and brought over to the table some gorgeous warm homemade bread accompanied by a tapenade and 2 different flavours of butter.

Our starters looked amazing! I had ordered what was described as the St Eadburgha cheese and rosemary brulee which we likened as having a dessert as a starter (in a good way). It was presented to look like a cheesecake and had a savoury biscuit texture to the base but tasted very strongly of (one of my very favourite cheeses) ‘St Eadburgha’. The walnuts and apple flavours on the plate also reminded me of cheese and biscuits, it was truly inspired and absolutely delicious. My boyfriend ordered the crab which I did try and it was nothing short of stunning!

I chose the sea trout for main course, it was served with a take on a ratatouille, sea greens and a parmesan and spinach gnocchi if I remember correctly. My boyfriend ordered the rump steak which was came with roasted vine tomatoes, hand cut chips and a snail. Both plates were presented and cooked to perfection. We couldn’t manage dessert so have decided to go back and forgo the starter next time. The waiter chatted with us whilst we settled the bill and as with all of the staff at Russell’s, he made us feel as though our custom was very much valued.