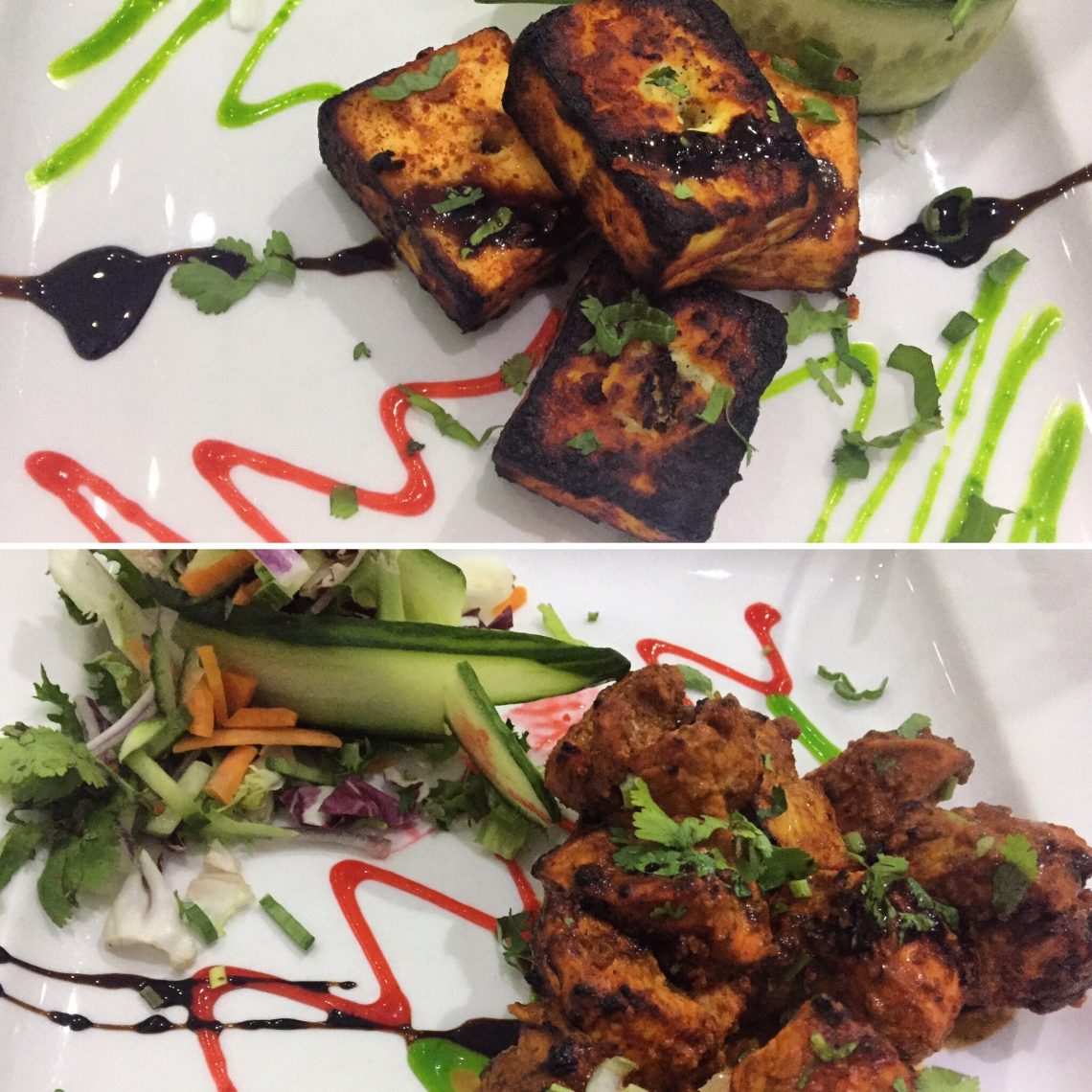 Pershore may be a culinary desert but thankfully there are a few gems, in my opinion Jimmy Pickles is one of them!

It’s a Tuesday afternoon and I’ve just finished work, I’d planned to cook for my boyfriend this evening but quite frankly I just felt like going out. I dropped him a text to see what he wanted to do, luckily like me he was in he mood to indulge.

I made a quick call to Jimmy Pickles, they answered the phone immediately and were able to find us a table at 6:45pm as I’d requested. I already knew what I wanted which made ordering easy. We’d actually eaten here just before Christmas, as I wasn’t  feeling particularly adventurous today I decided to choose the same dishes as my previous visit. The waiter took our drinks order promptly and we got on with it.

Although not on the standard menu I asked for the Paneer Ki Tikka to start which I’d tried on many previous visits from the ‘connoisseurs banquet’ menu – delicious cubes of paneer marinated in tikka sauce and served with a salad garnish. My boyfriend ordered the tandoori selection. I refused to share my paneer with him but he seemed quite happy with his choice anyway.

For main course I had the tandoor clay oven chicken tikka and a plain naan bread. My boyfriend ordered the chicken tikka saagoa with a keema naan. We’ve both got very healthy appetites so also took a side order of mushroom bhaji and a saag bhaji. Despite there being enough food to feed at least 4 people we did actually demolish the lot!

The chicken on both main dishes was succulent, tasty, well seasoned and the accompanying side dishes / naan breads were equally as enjoyable. The staff were friendly, efficient, knowledgeable  and the food was served in good time. Although there were other tables occupied in the restaurant, we were able to talk to each other without being disturbed by background noise.

Overall our experience at Jimmy Pickles has been consistent, enjoyable and always positive.